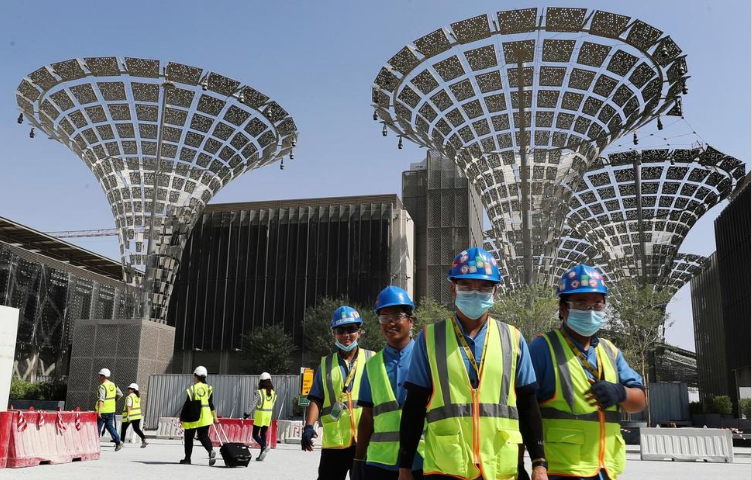 The United States says its participation at this year’s World Fair in Dubai was made possible by “the generosity of the Emirati government.

DUBAI, United Arab Emirates — The United States said its participation at this year’s World’s Fair in Dubai is being made possible by “the generosity of the Emirati government.”

The U.S. State Department said Wednesday Emirati sponsorship of America’s pavilion, estimated to be at least $60 million, was made “in recognition of the strong partnership between the United States and the United Arab Emirates.”

Also, it’s unclear how the United States government will now decide which companies and products will be featured in the pavilion, and whether the host nation could have a say in the content that’s being showcased.

In response to questions from The Associated Press, Expo 2020 Dubai organizers said that, in line with regulations overseeing World Expos, the host organizers provide advice and guidelines on pavilion design, while the content of the pavilion itself is decided by the participating country.

Businesses also take part in the process, either as commercial partners for Expo or as sponsors of the various national pavilions, according to fair organizers. They said U.S.-based brands PepsiCo, Cisco, MasterCard, UPS, Domino’s Pizza, and Christie are participating as commercial partners.

Dubai is pouring billions of dollars into Expo 2020, hoping the exhibition will generate new business and spur its economy amid a slowdown in growth. The expo starts in October and runs for six months. It marks the first time a country in the Middle East hosts the fair, which showcases technology and the most innovative ideas of the future.

The light bulb and the Ferris wheel were showcased at the 1893 fair in Chicago. The X-ray followed at Buffalo’s 1901 fair, and Seattle’s Space Needle opened to visitors at the 1962 fair.

The Expo also gives the American private sector a “golden opportunity” to pursue business partnerships and new markets with visitors from around the world, the statement added.

The U.S.-UAE Business Council said in a statement early Thursday that its member companies have worked tirelessly to build awareness and garner support for the Dubai Expo.

The business council said it encourages its member companies and partners to “engage to the widest extent possible in this important opportunity.”