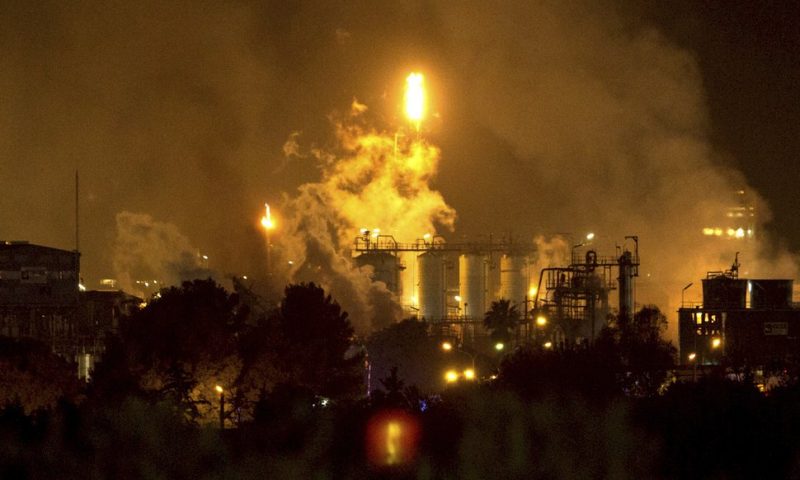 Authorities in northeastern Spain say a second person has been found dead following a massive explosion at a petrochemical plant that injured eight others.

The dead individual was found buried under debris inside the plant, where a worker has been missing since the Tuesday night blast, Miquel Buch, the regional head of Catalonia’s interior department, said.

A preliminary investigation indicated the force of the factory explosion near the coastal city of Tarragona killed another person in a nearby neighborhood when a piece of metal struck his residence, regional authorities said.

Authorities are investigating the cause of what they described as a “chemical accident” on the premises of chemical maker Iqoxe. The eight people injured all worked there, officials said.

Iqoxe CEO José Luis Morlanes said the explosion occurred in a 20-ton tank of ethylene oxide in a part of the plant that had not had any problems since it was built in 2017.

Morlanes said the company was investigating the causes of the explosion but its inspectors could not approach the site while firefighters were still working.

According to the company’s website, Iqoxe is Spain’s sole producer of ethylene oxide, a chemical compound used for making detergents, solvents and other products, as well as glycol, one of the main raw materials in the production of plastics.

Regional firefighters for Catalonia said 30 crews worked through the night to combat a fire the explosion caused at the plant. Fire chief Albert Ventosa said the blaze was under control Wednesday.

The explosion could been seen for miles as local residents posted videos showing the aftermath of the blast, with flames and a big column of black smoke emerging from an area dotted with big industrial tanks.

Antonia Caballero, 65, was cleaning her house when the explosion occurred.

“I thought that the door at the front of the building had collapsed. I looked out to the window and I saw the flames. I went to the door and left right away,” she said. “My sons called me. I though I was going to have a heart attack.”