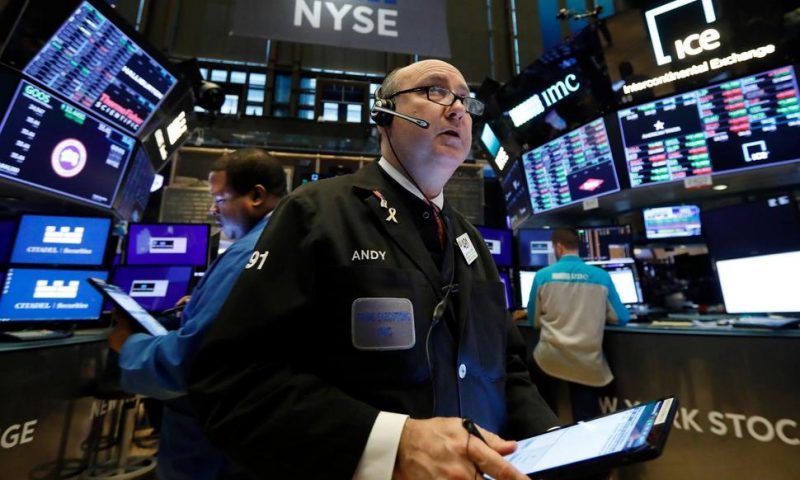 World shares were mostly lower on Wednesday as conflicting reports raised concerns over the likely outcome of a trade deal to be signed by the U.S. and China.

Wall Street looked set for a quiet start, with the future contracts for the Dow and the S&P 500 both down 0.1%.

Markets had regained upward momentum with expectations that Chinese and U.S. officials will sign a preliminary trade agreement in Washington on Wednesday that will stave off a further escalation of tensions between the two biggest economies.

However, concern over whether the deal will stick overshadowed that optimism after U.S. Treasury Secretary Steven Mnuchin said the deal will not reduce any punitive tariffs imposed on imports from China until after the two sides reach a further agreement.

“The only way the president will be reducing the tariffs is if there is a ‘Phase 2′ part of the agreement that is also fully enforceable,” Mnuchin said in an interview on Fox News.

Meanwhile, a report said that the Trump administration was preparing to propose a rule that would tighten restrictions of U.S. sales of technology to China’s Huawei Technologies.

It is unclear if the deal to be signed on Wednesday takes such issues into account.

“The US – China trade deal is like watching a live show in the theater of the absurd,” analyst Ipek Ozkardeskaya of Swissquote Bank said in a commentary, noting that the tariff cuts will not take effect immediately. “The risk here is that the double-standard agreement could provide a weak basis for the future negotiations, impair the benefits, or even spoil the deal.”

The modest trade pact that President Donald Trump and China’s chief negotiator, Liu He, are scheduled to sign does ease some sanctions on China. Ahead of the signing, the U.S.. Treasury Department dropped the U.S. designation of Beijing as a currency manipulator.

Mnuchin said that was because the trade deal includes a “fully enforceable” chapter on currency policies.

Beijing, meanwhile, will step up its purchases of U.S. farm products and other goods.

Wall Street expects corporate profits for S&P 500 companies in the last three months of 2019 to be down by 2%. That would be the first time that earnings for the S&P 500 would have declined four quarters in a row since the period ending in mid-2016, according to FactSet.

In other trading, benchmark crude oil rose 5 cents to $58.28 a barrel in electronic trading on the New York Mercantile Exchange. It gained 15 cents on Tuesday, to $58.23 per barrel.