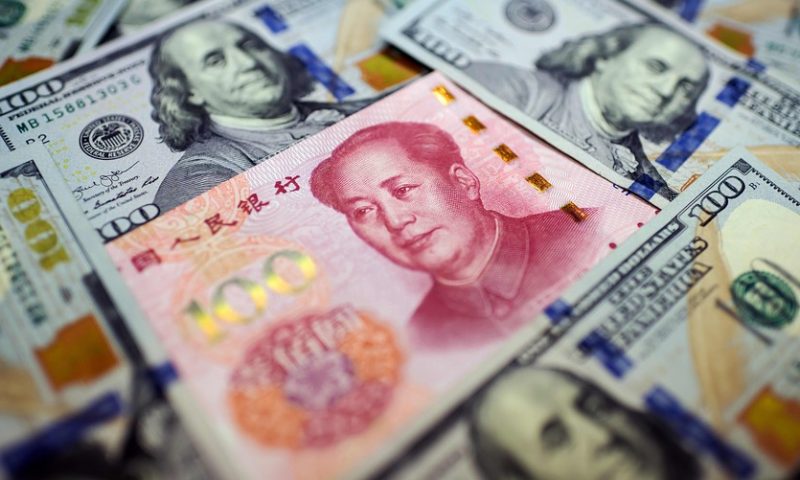 ASM International and Jerónimo Martins among stocks on the move

European stock markets struggled for direction on Wednesday, with investors distracted by concerns that U.S.-China trade tensions will stretch beyond a partial deal expected to be signed in Washington later.

Economic data showed German gross domestic product grew 0.6% in 2019, versus 1.5% growth in 2018, according to the Federal Statistics Office. The number came in slightly ahead of expectations for growth of 0.5%, according to a survey of economists by The Wall Street Journal.

But trade concerns were swinging back into focus. U.S. stocks futures were lower on the heels of a mixed session on Tuesday. A Bloomberg report said existing Chinese import tariffs were likely to remain in place until after the U.S. presidential elections in November, with any reduction depending on China’s compliance with the terms of the deal.

“This means that the U.S. tariffs will continue weighing on Chinese exports for almost an additional year, while the emerging market giant will certainly be asked to deliver on its promise to buy massive amounts of U.S. farm goods and manufactured products immediately,” said Ipek Ozkardeskaya, senior analyst at Swissquote bank, in a note to clients.

“The risk here is that the double-standard agreement could provide a weak basis for the future negotiations, impair the benefits, or even spoil the deal,” the analyst said. In a reflection of some investor jitters, gold prices GC00, +0.08% rose $8.90, or 0.6%, to $1,553 an ounce, as the precious metal is viewed as a haven investment in times of geopolitical uncertainty.

Away from politics, earnings from Goldman Sachs GS, +0.34% and Bank of America BAC, -0.14% are ahead in the U.S., on the heels of strong earnings from JPMorgan Chase JPM, -1.50% and Citigroup C, -0.82% on Tuesday. Banks traded softer in Europe on Wednesday.

Among stocks on the move, shares of ASM International ASM, -0.30% rose 8%, leading gainers on the Stoxx 600 after the chip equipment maker announced late on Tuesday that orders in the fourth quarter of 2019 were “substantially above previous guidance.”

“We believe that this update is strong support that also FY20 [fiscal year 2020] will be off for a good start,” said ING analyst Marc Hesselink, in a note to clients.