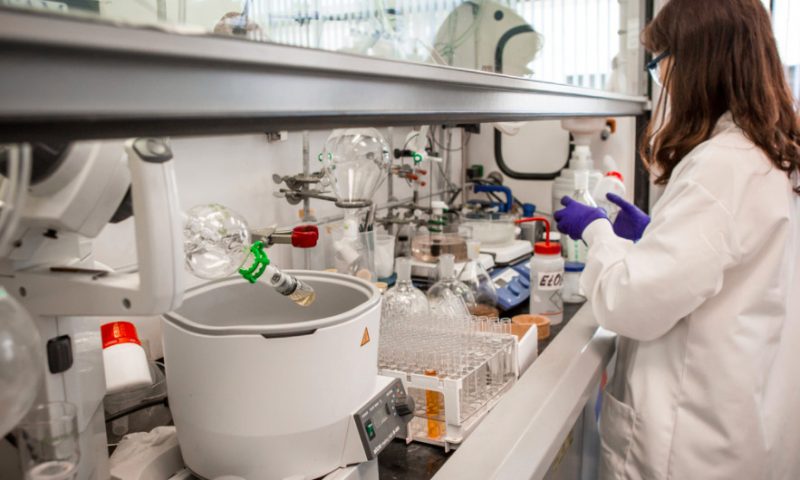 Equities research analysts at Roth Capital began coverage on shares of Crinetics Pharmaceuticals (NASDAQ:CRNX) in a research note issued on Monday, December 23rd, MarketBeat Ratings reports. The firm set a “buy” rating and a $37.00 price target on the stock. Roth Capital’s price target indicates a potential upside of 45.78% from the company’s previous close.

Crinetics Pharmaceuticals (NASDAQ:CRNX) last posted its quarterly earnings data on Tuesday, November 12th. The company reported ($0.60) earnings per share (EPS) for the quarter, missing analysts’ consensus estimates of ($0.57) by ($0.03). The firm had revenue of $0.51 million for the quarter, compared to the consensus estimate of $0.33 million. Equities research analysts expect that Crinetics Pharmaceuticals will post -2.16 EPS for the current fiscal year.

In other news, Director Matthew K. Fust sold 3,500 shares of the company’s stock in a transaction dated Monday, December 16th. The shares were sold at an average price of $22.50, for a total value of $78,750.00. Following the sale, the director now owns 16,036 shares in the company, valued at approximately $360,810. The sale was disclosed in a document filed with the SEC, which is accessible through the SEC website. Corporate insiders own 7.40% of the company’s stock.

Crinetics Pharmaceuticals, Inc, a clinical stage pharmaceutical company, focuses on the discovery, development, and commercialization of therapeutics for rare endocrine diseases and endocrine-related tumors. Its lead product candidate is CRN00808, an oral selective nonpeptide somatostatin receptor type 2 biased agonist, which is in Phase I clinical trials used for the treatment of acromegaly.

The last time this ‘clear danger sign’ flashed in the stock market was in 1999, and we all know what happened next