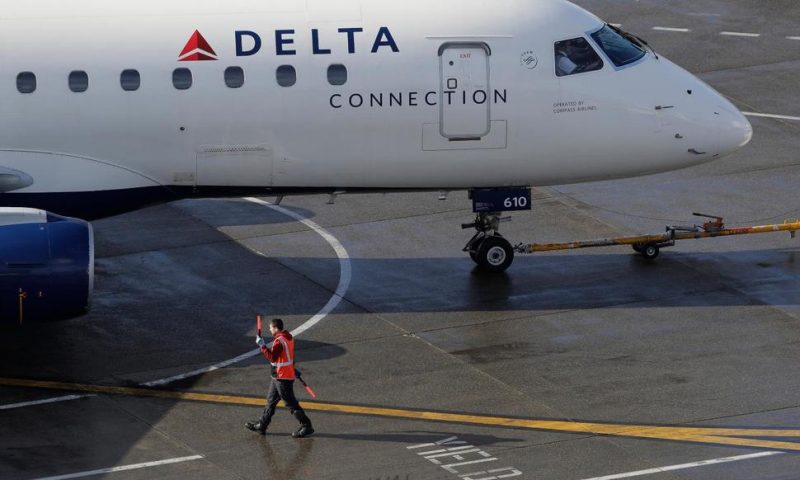 Delta Air Lines says it earned $1.1 billion in the fourth quarter by operating more flights and filling a higher percentage of seats.

Delta Air Lines boosted its fourth-quarter profit to $1.1 billion by adding more flights over the holiday-packed period and stuffing them even more full of passengers.

Lower fuel prices helped too, as Delta reported Tuesday that earnings rose 8% over a year earlier and beat analysts’ expectations. And unlike key rivals, Delta was not burdened by the grounding of the Boeing 737 Max — it doesn’t own any of them.

U.S. airlines are enjoying a prolonged period of profitability that was long thought to be unlikely if not impossible. Delta has made money 10 years in a row after losing it eight times in the previous decade.

Delta CEO Ed Bastian says there is no reason to think the industry’s good times will end anytime soon.

“I’m not worried at all,” he said in an interview. “Travel is one of the things that is growing faster than most sectors of the economy.”

Atlanta-based Delta gets two-thirds of its revenue from the U.S., which outperformed each of Delta’s international regions in the fourth quarter. Delta grew its passenger-carrying capacity nearly 5%, but it was able to raise average prices and still fill 85.6% of its seats in the fourth quarter and a record 86.3% for all of 2019. Premium travel has been especially strong.

“The domestic market still has quite a ways to go,” Bastian said. “Airfares are still quite affordable.”

Overseas was a mixed bag, however, with Delta’s revenue down in Asia, which it blamed on trade tension and weakness in China. Revenue on flights to and from Europe rose less than 1%.

A wild card for Delta and other airlines in 2020 could be the Boeing 737 Max. Some analysts believe airfares will drop when all those grounded Max jetliners are cleared to fly again — although no one knows when that will be.

Helane Becker, an analyst with financial-services firm Cowen, said Delta continues to benefit from the Max because it is leading to slower-than-normal growth in flying by U.S. airlines.

Delta executives downplay any advantage they gain from the Max grounding, but the airline was able to grow rapidly while rivals Southwest, American and United were reined in by idled planes. The Max cost Southwest and American together about $1 billion last year; both have negotiated partial compensation from Boeing.

Bastian praised Boeing and said the aircraft maker “will get through the Max, they will get it back in the air.” He faulted Boeing, however, for building up expectations that the plane’s grounding, now at 10 months, would not last long, “which has made this whole issue seem like it has drug out longer and longer and longer.”

In the fourth quarter, Delta reported adjusted earnings of $1.70 per share, including a gain of 9 cents per share from existing a partnership with Gol in Latin America. That easily beat the $1.40 mean forecast from 18 analysts surveyed by FactSet.

Delta repeated its forecast of 2020 earnings between $6.75 and $7.75 per share and predicted that revenue in the first quarter will grow by between 5% and 7%. However, the airline faces rising labor costs that could climb higher still as it negotiates a new contract with its union pilots. Delta predicted that costs per mile, excluding fuel, will rise faster than revenue per mile in the first quarter.

Delta is the first major U.S. airline to report fourth-quarter results, and others are expected to post solid profits too.

Airlines were long considered to be boom-or-bust outfits that tracked the direction of the economy. Nobody can be really sure that they have broken free from the business cycle since there hasn’t been a recession since the current run of prosperity began.

Delta, the most profitable U.S. carrier in recent years, just finished a year in which it earned $4.8 billion and a decade in which net income totaled about $34 million. That came after a decade marked by two recessions, an oil-price spike, and the 2001 terror attacks — Delta lost more than $25 billion from 2000 through 2009.