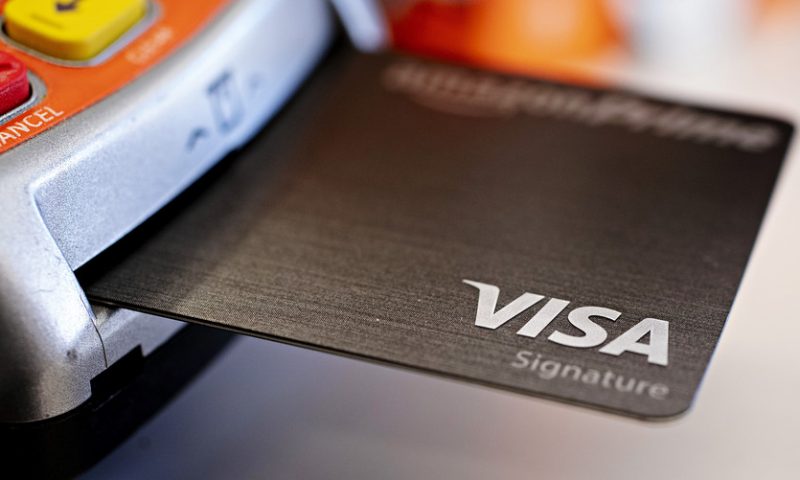 ‘This will help further reduce the company’s dependence on the traditional transactional model,’ analyst says

The largest player in credit cards is moving further beyond the traditional card-swiping model amid the rise of newer fintech options like Venmo and Betterment.

Visa Inc. V, +0.09% announced Monday afternoon that it plans to acquire financial-technology upstart Plaid for $5.3 billion, including $4.9 billion of cash consideration and the rest in retention equity and deferred equity. Plaid, valued at about $2.65 billion in a late 2018 private funding round, allows individuals to connect their bank accounts with newer fintech platforms including Mint, Acorns, PayPal Holdings Inc.’s PYPL, +0.78% Venmo and Betterment.

The deal, which is expected to close in the next three to six months, continues Visa’s M&A kick, following a busy 2019 in which the company bought cross-border services company Earthport and chargeback-reduction company Verifi, among others.

Visa has long been known as a card processor, but lately it’s been referring to itself as a “network of networks.” Rather than merely connect payment industry players when someone wishes to make a card purchase, Visa is trying to tap into newer financial-technology experiences, including by providing a suite of services to developers.

The company is “increasingly trying to move from being strictly focused on payments to being focused on the movement of funds for any purpose,” according to its conference call following the deal announcement. Visa calls Plaid “the leading financial data network in the United States.”

Visa “is essentially buying access to another network from which it can connect Visa Direct etc.,” wrote Cantor Fitzgerald analyst Joseph Foresi, referring to a product that allows users to send money over Visa’s network without pulling out a piece of plastic or entering a card number. Visa Direct is currently a backbone of services that let gig-economy companies pay their workers faster and users of peer-to-peer services transfer money to their bank accounts more quickly.

Chief Executive Al Kelly expects that Plaid will help Visa expand its “high-growth financial data network business” in the U.S. and broaden that business overseas, according to Visa’s conference call. He also sees Plaid’s technology coming in handy as Visa seeks to take advantage of newer payment flows that don’t use cards, including “real-time” money transfers and digital business-to-business transactions.

“This will help further reduce the company’s dependence on the traditional transactional model,” Wedbush analyst Moshe Katri said in an email to MarketWatch.

Though card processing is a lucrative business for Visa and rival Mastercard Inc. MA, -0.06% , in which the two companies have considerable pricing power that leads to strong margins, the card giants have been turning to opportunities in services as a way to add additional revenue streams and align with disruptive trends in the industry.

“Plaid has emerged as the clear leader in enabling fintech adoption and we believe the deal provides optionality for Visa to not only enable finch proliferation but also profit from it in multiple ways,” wrote Keefe, Bruyette, and Woods analyst Sanjay Sakhrani.

Visa expects that Plaid will be slightly accretive to revenue in 2020 and 2021, assuming the deal closes within the next few months, while diluting earnings per share. Foresi called Plaid “a longer-term opportunity” for the company.

The Plaid deal is evidence that there’s continued M&A appetite for fintech players as the giants of financial services look for new offerings to add to their arsenals. PayPal’s $4 billion deal for rewards platform Honey closed last week, and all eyes will be on whether Mastercard, fresh off the largest acquisition in its history, looks to make another move.

For stocks and the economy, welcome to the Roaring Twenties