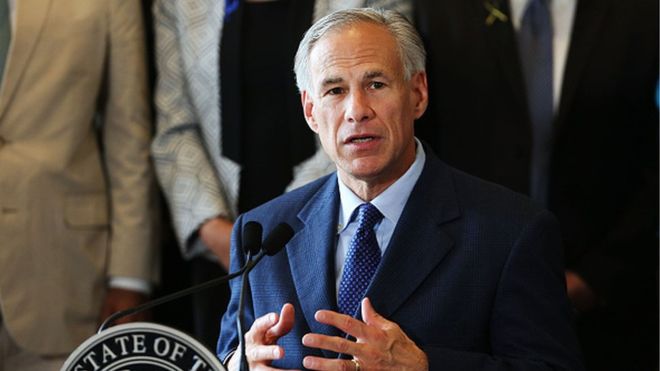 The Republican governor of Texas, Greg Abbott, has said the state will not accept new refugees under the US government’s resettlement programme.

The decision means Texas will become the first state known to do so.

Last year US President Donald Trump signed an executive order allowing states to opt out of the programme.

On Friday, Mr Abbott said Texas had done “more than its share in assisting the refugee resettlement process”.

Refugee agencies have criticised the move, with one calling it “deeply disappointing”.

Texas has large refugee populations in several of its major cities. In the 2018 fiscal year, Texas took in 1,697 refugees – more than any other state, but a large drop from 4,768 in the previous fiscal year.

Justifying his decision in a letter to the US State Department, Mr Abbott argued that the state should be focused on “those who are already here, including refugees, migrants, and the homeless – indeed, all Texans”.

On that basis, Mr Abbott said he “cannot consent to initial refugee resettlement” in 2020, but added that the decision “does not deny any refugee access” to the US.

Refugees who are already settled in other states, Mr Abbott said, will be allowed to move to Texas if they choose. However, resettlement agencies say they would not have access to federal resettlement benefits, such as housing.