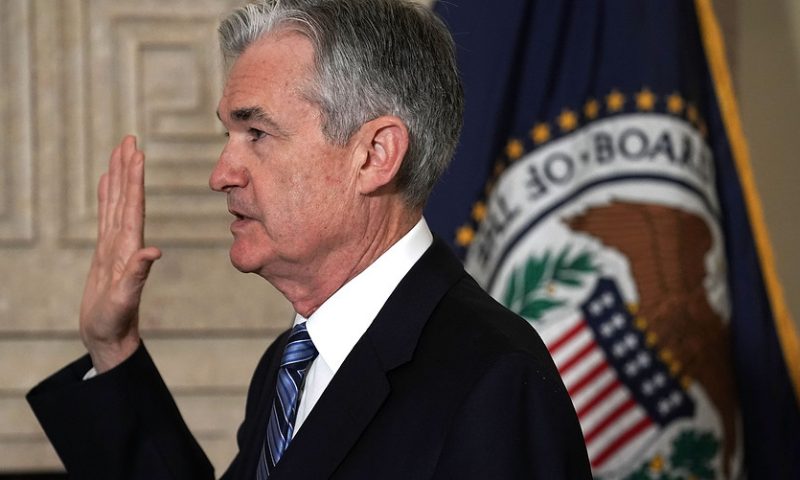 U.S. job growth in December disappointed markets, but one bright spot for equity investors was wage growth, which was much lower than expected.

Average hourly earnings grew just 0.1% in December, well below consensus expectations of 0.3%, according to a MarketWatch poll of economists, while year-over-year wage growth fell to 2.9%, the lowest in more than a year.

Though faster wage growth would be a good thing for the majority of Americans who earn their income from largely though labor, it can serve as a headwind for the corporate sector, as higher labor costs eat into profit margins.

“Gains to the labor market come at capital’s expense,” Troy Gayeski, senior portfolio manager at Skybridge, told MarketWatch. He said that while increasing wage growth would be bullish for the broader economy, the trend of rising wages has clearly been a headwind for profit growth in recent quarters.

“From the perspective of CEOs and CFO’s, since 2017 their costs have gone up to pay workers,” which could go a long way in explaining surveys of C-Suite executives that show them much less confident than investors and consumers, Gayeski added.

Besides corporate profits, investors may be hoping for tame wage growth as a guarantee of continued easy monetary policy from the Federal Reserve, which has signalled its intention to keep the Fed Funds rate in the relatively low range of 1.50% and 1.75%, for the foreseeable future, absent a significant spike in inflation.

“Clearly if we saw a higher-than-expected rise in core inflation in the next six months, the market is not prepared for it,” said Joe Davis, global chief economist at Vanguard. “The market would worry that the Fed is behind the curve,” and would therefore need to increase rates sooner than expected. “It’s a tail risk, but one that nobody is thinking about, so we watch inflation data closely.”

Indeed, low interest rates are one reason used to justify high stock-market valuations, with the forward price-to-earnings, or P/E, ratio of the S&P 500 index SPX, -0.29%  currently at 18.5, according to Refinitiv, above the average ratio of 16.7 during the past five years and 14.9 over the past ten. The forward P/E multiple tells you how much investors are willing to pay for a dollar of per-share earnings expected during the next twelve months.

If benchmark interest rates rise, that will lower the present value of future earnings to investors, while also increasing the yields on bond investments, making equities less attractive by comparison.

Jeff DeGraff, founder and chairman of Renaissance Macro Research said in a recent conference call with clients that “There is no problem yet, but obviously we start to worry about the market’s forward returns as inflation starts to move higher within a relatively low-growth environment.”

“I just want to be really vigilant on the inflation part,” he added. “We want to make sure we are paying attention to it, as it appears everybody believes inflation is nowhere to be found.”

Rapid hiring in the technology sector, low unemployment rates across the globe, and the potential for rising energy prices, are other reasons investors should watch inflation numbers closely, Vincent Deluard, global macro strategist at INTL FCStone argued in a recent note to clients.

“The dominant economic narrative is stuck in the early 2010s, when the U.S. economy had barely emerged from a recession and deflationary threats were omnipresent,” he wrote. “The economy has gone a long way from this dire narrative. Large tech companies are rapidly expanding their workforces [and] low income workers are finally benefitting from the very tight labor market.”

Meanwhile, “The job market recovery has become global as unemployment rates are near secular lows in all the major economies,” he added. “Last, the shale (oil) bounty may be over: the base decline in the Permian Basin has risen to 40% and wells are getting gassier — reducing [their] efficiency,” and providing a potential tailwind for energy prices and inflation.

For now, however, investors can bask in muted inflation, which should keep the Fed from raising rates until at least 2021, analysts said, justifying the rally in stock prices at the start the new year. During the first seven days of trade in 2020, the Dow Jones Industrial Average DJIA, -0.46%  has gained 1.0%, the S&P 500 has advanced 1.07% and the Nasdaq Composite index COMP, -0.27%  has risen 2.3%.

Market watchers will have more inflation data to analyze in the week ahead, with the U.S. Labor Department set to issue its consumer price index on Tuesday, its index measuring increases in wholesale prices on Wednesday, and a reading on import prices on Thursday.

In addition, investors will get a reading of the National Federation of Independent Business’ small-business confidence index and data and new unemployment claims and retail sales on Thursday.

Aurora Cannabis now has a $1 price target from two analysts

The ‘towns are rolling up on us,’ warns Land O’Lakes CEO of rural America at annual Fed summit