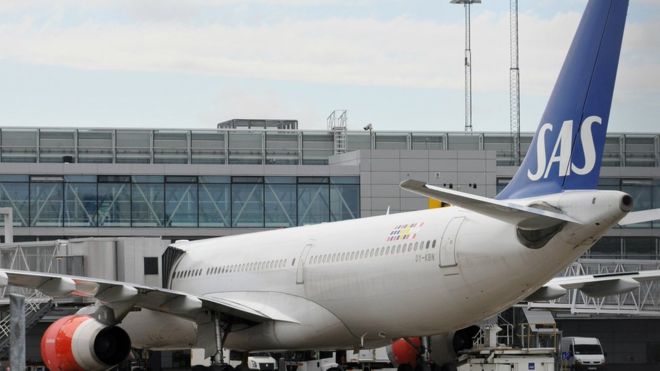 Sweden has seen a 4% drop in the number of people flying via its airports, a rare decrease in recent years for a European country.

More than 40 million people travelled through the country’s 10 airports, compared with 42 million during 2018.

Domestic travel was down further, at 9%, according to Sweden’s airport operators, Swedavia.

The figures come as the Swedish-born movement of “flight shaming” is gaining prominence.

Swedavia spokesman Robert Pletzin said there were a number of reasons for the decrease, citing Swedish aviation tax, softening economy worries, the weak Swedish crown and the climate debate.

Flygskam or “flight shame” originated in Sweden in 2017, when Swedish singer Staffan Lingberg pledged to give up flying.

In September, Citigroup analysts said greater consumer awareness about global carbon emissions had already had a tangible effect in Sweden and could call into question the longer-term growth potential of the entire industry.

A number of people have since decided to take on the challenge of travelling without flying. More than 22,500 people have signed a pledge to go flight-free in 2020.

The last occasions where air passenger numbers dropped had distinct reasons – the 9/11 terror attacks and the financial crash.

Aside from Sweden, Europe is still seeing an increase in the number of people flying. The EU overall saw figures rise to 1.1 billion passengers in 2018, up from 1 billion the year before.