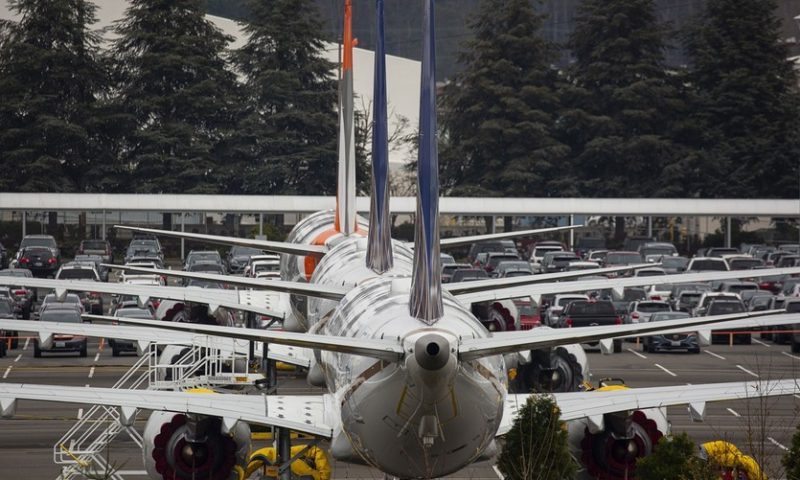 Spirit AeroSystems Holdings Inc., which supplies Boeing Co. 737 Max jets with fuselage, wing components, and other major structures, said Friday it would lay off about 2,800 workers at its Kansas plant and plan more layoffs in the coming weeks.

Shares of Spirit SPR, -4.25% fell more than 2% on Friday, and shares of Boeing BA, -1.91% were down more than 1%. The 737 Max planes have been grounded worldwide since March after two deadly crashes less than five months apart were linked to a faulty anti-stall system.

The plane’s return-to-service timeline has been stretched for months, and Boeing announced a 737 Max production halt in December.

The 737 Max’s return to the skies was further clouded on Thursday after a trove of internal emails sent to Congress showed Boeing workers mocking the 737 Max’s design and bragging about fooling the federal regulators.

Spirit is a “significant supplier” on the 737 Max program, making about 70% of the plane’s structure, it said in a statement.

“Spirit is taking this action because of the 737 Max production suspension and ongoing uncertainty regarding the timing of when production will resume and the level of production when it does resume,” the company said.

Boeing has not notified Spirit of how long the production halt will last, or what the production rate will be in the future, but the company believes that when production does resume it will be at a lower rate, it said, in part because Boeing would need to use up more than 100 Max jet shipsets stored with Spirit, in addition to the several hundred 737 Max jets built but not yet delivered to customers.

Smaller layoffs are planned in the coming weeks at Spirit’s plants in Oklahoma that also make 737 Max components, Spirit said.

At the time Boeing announced the production halt, analysts identified Spirit, with about $8 billion in yearly sales, as one of the most closely linked with the grounded jet family, deriving about 50% of its revenue from the 737 program, according to Canaccord Genuity estimates.

The company has built components for Boeing’s 737 program, of which the Max is the latest iteration, for more than 50 years.

Aurora Cannabis now has a $1 price target from two analysts