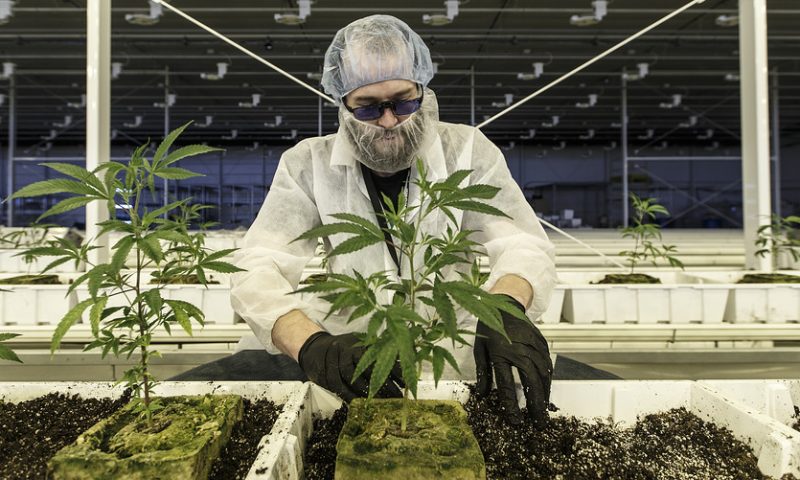 Piper Sandler and B. of A. Merrill Lynch analysts downgrade Aurora to a sell

Aurora Cannabis Inc. stock is set to go to $1, according to two analysts.

In a note to clients late Thursday, Piper Sandler analyst Michael Lavery downgraded the cannabis producer to the equivalent of a sell and issued a $1 target price, down from $3. Lavery cited risks related to the balance sheet and weak European Union sales as significant factors.

Lavery wrote that his team does not expect Aurora to achieve positive cash flow from operations until the third quarter of fiscal 2021 and projects a cash deficit of C$200 million ($152.9 million) in the interim. The struggling weed company will also have to refinance C$360 million worth of debt due in August 2021, which would leave it C$800 million in debt and with C$30 million in cash in the second quarter of fiscal 2022.

Carey wrote that his team doesn’t believe Aurora is “in a position” to meet the terms of its C$400 million credit facility and that the Alberta, based company has the weakest balance sheet among the names he covers. Because of valuations in the sector, Carey wrote he expects a number of write-downs in 2020, which make it unclear whether the company would remain within the credit facility’s terms. Its debt-to-earnings before interest taxes depreciation and amortization also may present an issue given the analysts’ projection of a full-year Ebitda loss of roughly $150 million.

Beyond the problems with its financing, Aurora’s Germany sales have also been placed on hold because the company is waiting on regulators there to grant an additional authorization related to its sterilization process, Lavery wrote.

“Aurora built its large capacity in Canada with expectations to export a significant amount internationally, but these sales have been very slow to materialize,” Lavery wrote. “German sales have been its highest priced and highest margin products, so the suspension of sales there hurts its revenue and margin mix.”

There is good news in the form of the derivative cannabis market in Canada — vaporizers, edibles and other forms of cannabis other than flower and oil became legal in December. Though sales are off to a slow start, Lavery wrote that Ontario will likely open more stores, which should boost sales. Alberta, where Aurora has a strong presence, has postponed the sale of vape products indefinitely.

Carey also wrote that Aurora is in a strong position in Canada, second behind Canopy and capturing roughly 19% of total industry sales.

Boeing 737 Max major supplier to lay off thousands of workers