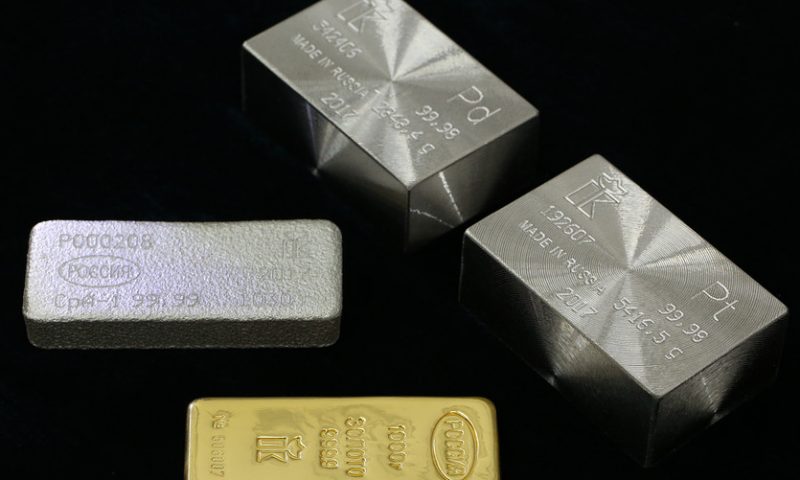 Gold futures finished lower Thursday as appetite for assets considered risky overtook those viewed as havens, amid signs of easing Mideast tensions and progress toward a China-U.S. first-round trade pact.

“This had a strong impact on gold,” with the sharp decline reflecting “a reconsideration of the risk coming from the geopolitical situation,” he wrote, in a daily research note.

“Gold responded to the escalation of tensions in the Middle East…then corrected and consolidated,” said Rhona O’Connell, head of market analysis for the EMEA and Asia regions at INTL FCStone. “Now that immediate tensions have dissipated, all those gains have been unwound and the price is now back to where we started” on Jan. 3, she said in daily commentary. That’s the day U.S. airstrikes killed Qassem Soleimani, a top Iranian general, near the Baghdad airport.

Underpinning the pullback from gold from its highest levels in about seven years, China confirmed that its top negotiator, Vice Premier Liu He, will head to Washington to sign a phase-one trade pact with, paving the way to more substantial detente between Washington and Beijing on international trade.

Liu He and a China envoy will head to Washington on Monday through Wednesday, according to China Foreign Ministry spokesman Gao Feng on Thursday.

The focus on progress toward a preliminary China trade pact comes only after President Donald Trump delivered remarks that underscored a move toward peace, and emphasized that no casualties resulted from the late-Tuesday attacks at U.S. military bases in Iraqi launched by Iran in apparent retaliation for the killing of Soleimani.

The combination of developments has provided a lift to risk assets like stocks, but has produced a major drag on precious metals, which had been supported by growing signs of armed conflict and political tensions.

“Unfortunately for the yellow metal, it’s time to shine has quickly passed and with it has the chance to break the $1,600 barrier in any meaningful way, in the near-term at least,” said Craig Erlam, senior market analyst at Oanda Europe, in a Thursday report.

In a daily note Thursday, analysts at Zaner Metals said the recent gains came despite any “credible fresh fundamental evidence” for the rally. Still, “the market has been embracing the potential for dramatic auto catalyst demand from Asia for the better part of a year,” feeding predictions of the shortfall of supply, they said.

The Zaner analysts also said traders have to consider the possibility that the market may see a “rotation” to the use of platinum in place of palladium given the more than $1,000 an ounce price difference.