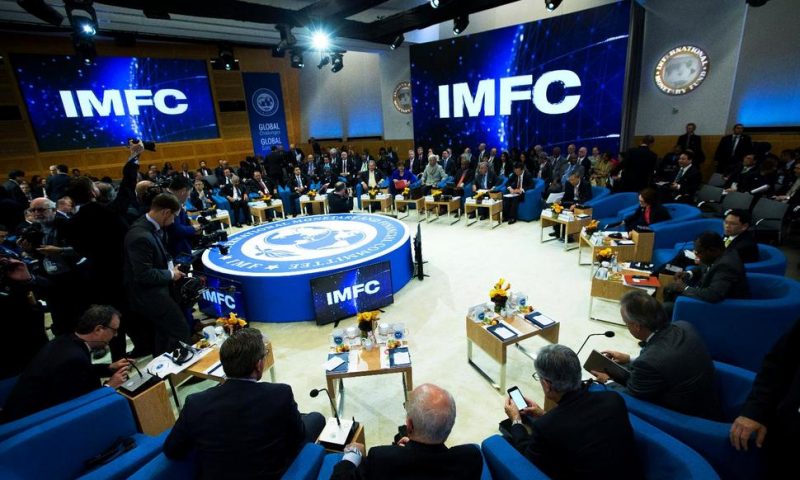 The World Bank says the global economy should see a modest rebound in growth this year.

WASHINGTON — The World Bank says the global economy should see a modest rebound in growth this year.

But the 189-nation lending institution is cautioning that a number risks could upend its forecast, including the possibility of renewed trade hostilities between the world’s two biggest economies, the United States and China.

In an updated economic outlook released Wednesday, the World Bank forecast the global economy will grow 2.5% this year, up only slightly from 2.4% growth in 2019. That had been the weakest performance since the 2008 financial crisis and a significant slowdown from growth rates above 3% in 2017 and 2018.

The bank’s revised outlook represents a downgrade from its last forecast in June when it had expected growth to be 0.2 percentage-points higher this year. The forecast also trimmed its expectation for global growth by 0.2 percentage points over the next two years to moderate rates of 2.6% in 2021 and 2.7% in 2022.

“Downside risks persist. The recovery is fragile,” said World Bank Vice President Ceyla Pazarbasioglu. “Uncertainty has weighed on confidence, trade and investment which are all critical for growth.”’

Those growth rates are significantly below the 3%-plus growth President Donald Trump has promised to deliver with his economic program of tax cuts and deregulation.

For Europe, the World Bank has an even gloomier outlook. Last year’s minuscule 1.1% growth is expected to be followed by further scant gains of 1% this year and 1.3% in both 2021 and 2022.

The new forecast projects China, the world’s second largest economy, will grow at steadily slower rates of 5.9% this year, 5.8% next year and 5.7% in 2022. That would mark the slowest growth period for China since the early 1990s.

Economic growth in both China and the United States has been impacted by the uncertainty generated by the punitive tariffs both countries have imposed on each other’s goods.

Growth for all advanced economies is expected to slip to 1.4% this year, down from 1.8% last year, reflecting continued softness in manufacturing in many parts of the world that has caused businesses to pull back on their plans to expand and modernize production facilities.

Growth in emerging economies is expected to accelerate to 4.1% this year, but the acceleration will not be broad based. A rebound is forecast for a group of larger economies — including Argentina, Brazil and India — which are expected to recover this year after a period of substantial weakness.

But the forecast expects growth in about one-third of emerging market economies to slow this year due to weaker-than-expected exports and investment.

Trump’s get-tough trade policies aimed at lowering America’s huge trade deficits as a way to boost U.S. manufacturing jobs have resulted in an increase in protectionist barriers in the United States and many other nations.

The World Bank estimated that global trade growth slowed from 4% in 2018 to just 1.4% last year, the weakest gain since the 2008 financial crisis.

The World Bank, however, noted the lowering of trade tensions between the United States and China after a so-called Phase One agreement was reached between the two nations. It forecast that trade should resume growth this year, although the projected trade growth of 1.9% would still be far below the 5% average gains in recent years.

Among other threats to growth, the World Bank cited weak productivity gains in many countries and a sharp rise in global debt burdens.

Trump: Iran Appears to Be Standing Down