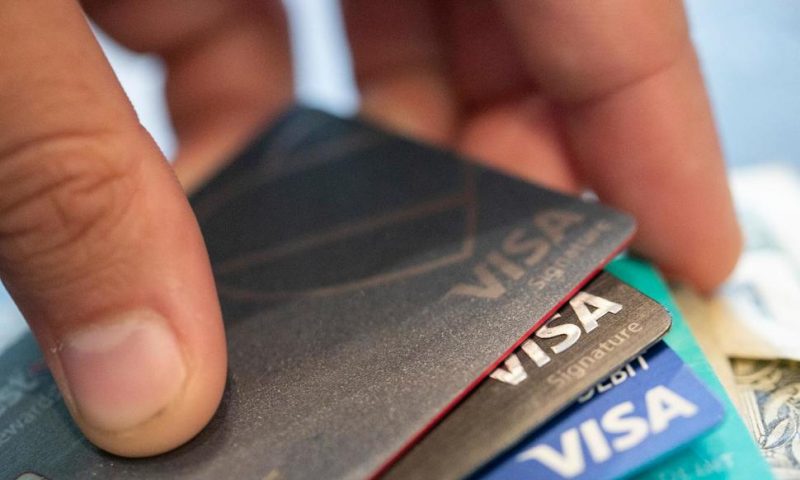 US consumer borrowing slowed to $12.5 billion in November as credit card use fell.

The Federal Reserve said Wednesday that consumer credit rose by a seasonally adjusted $12.5 billion in November, down from a gain of $19 billion in October.

The sharp slowdown reflected a $2.5 billion decline in borrowing in the category that covers credit cards that followed a strong gain of $7.9 billion in October. November’s was the weakest showing since credit card debt fell by $2.8 billion in March.

But borrowing for auto loans and student debt rose $14.9 billion in November. That was up from an October increase of $11.1 billion and was the strongest advance since August.

Consumer borrowing is closely watched for signals it can provide about Americans’ willingness to take on debt to finance consumer spending, which accounts for 70% of U.S. economic activity.

Forecasters believe the overall U.S. economy slowed to growth of around 2.3% in 2019 after a strong 2.9% gain in 2018. The slowdown was linked in part to actions by the Trump administration to pressure China and other nations to abandon trade practices the administration sees as harmful to U.S. workers.

The rising trade uncertainty weakened U.S. manufacturing that was already hobbled by a global economic slowdown.

The expectation is for a further slowdown in growth this year. Analysts, however, are counting on low unemployment to provide the fuel for consumers to keep spending.