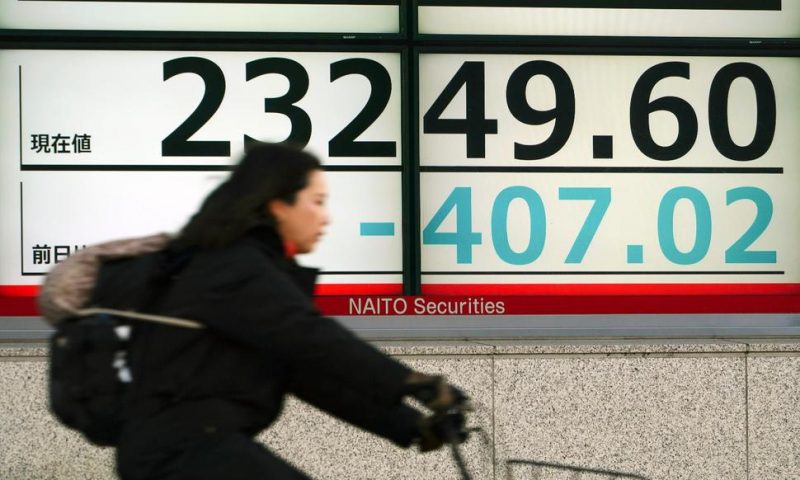 Global stock markets are taking another hit while oil and gold prices have surged in response to the escalating tensions in the Middle East. Markets have been roiled since Friday, after the U.S. killed Iran’s top general in a drone strike.

LONDON — Global stock markets took another hit Monday while oil and gold prices surged in response to the escalating tensions in the Middle East following the U.S. killing of Iran’s top general.

The death of Qassem Soleimani in a U.S. drone strike has heightened geopolitical risks for financial markets, including concerns about potential disruptions to the global oil supply.

The U.S. has reinforced its presence in the Middle East in preparation for reprisals from Iran, which has vowed revenge. Iraq, meanwhile, has called for the expulsion of American troops from its territory.

The moves in financial markets illustrated the concerns of investors. In time of volatility, traders often seek the sanctuary of assets like gold and steer clear of those that are considered risky, such as stocks.

“The escalation in the Middle East was both unexpected and unwelcome,” said Craig Erlam, senior market analyst at trading platform OANDA Europe. “Investors are now fully in defensive mode, hoping for the best but fearing the worst. Safe havens are naturally performing solidly while stocks and other risky assets take a pummeling.”

In stock markets, European indexes followed Asia lower and Wall Street appeared set for sizeable falls at the open, on a day when most traders are back at their desks following the Christmas break.

Many indexes around the world are coming off record highs after closing out 2019 with their best annual performance for years. Whether those gains get wiped out in the early days of 2020 will depend on what happens next in the Middle East.

“Whether it escalates into large-scale attacks over the coming days and weeks, and grows into a full-blown U.S.-Iran conflict, is very hard to say,” said Neil Wilson, chief markets analyst at Markets.com in London. “But the risk premium genie is out of the bottle again.”