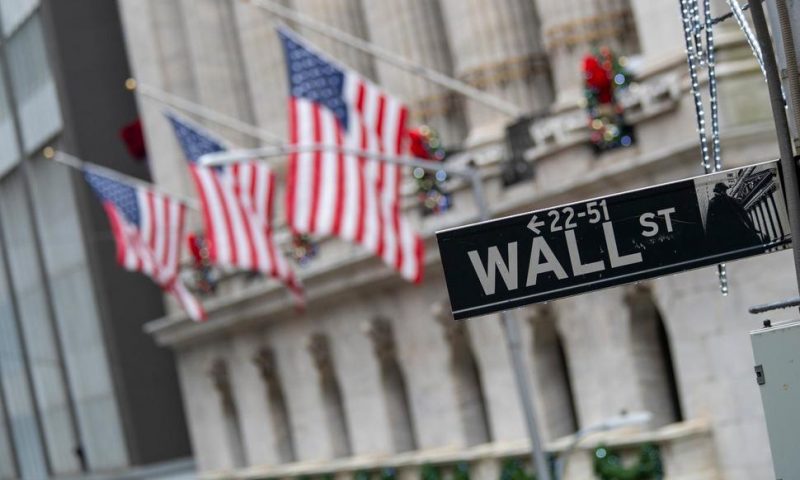 Stocks shook off an early loss and managed modest gains on Wall Street as traders remain cautious about rising tensions between the U.S. and Iran.

Stocks in Asia and Europe retreated as dollars flowed out of riskier investments, but the U.S. market shook off its morning losses to grind out a modest gain. After dropping 0.6% as soon as trading opened, the S&P 500 pushed steadily higher through the day and ended up recovering half its sharp loss from Friday.

Caution has been seeping through markets since early Friday, when a U.S. drone strike killed Iranian Gen. Qassem Soleimani in Iraq. Both the United States and Iran have since talked up the threat of violence, which pushed up the price of gold as money flowed into investments seen as safer. Gold neared $1,591 per ounce during morning trading and reached its highest level since April 2013.

Gold has historically performed well around past military conflicts, such as the two Persian Gulf wars and the Sept. 11, 2001 attacks, even after taking into account interest rates and the dollar’s movements, according to Goldman Sachs commodities analysts.

“The escalation in the Middle East was both unexpected and unwelcome,” said Craig Erlam, senior market analyst at trading platform OANDA Europe. “Investors are now fully in defensive mode, hoping for the best but fearing the worst.”

U.S. stocks seemed set to fall a second straight day Monday on those same worries, but gains for oil producers and big internet companies made up for drops by industrial companies and banks.

Oil prices have climbed in recent days because any potential violence in the Middle East could disrupt oilfields in the region. Benchmark U.S. crude oil rose 22 cents to settle at $63.27 per barrel, adding to big gains from Friday. Brent crude, the international standard, rose 31 cents to $68.91 per barrel.

That helped drive energy stocks in the S&P 500 to a 0.8% gain, the second-largest among the 11 sectors that make up the index. EOG Resources jumped 4.1%, Occidental Petroleum rose 3.3% and Halliburton gained 2.5%.

Besides waiting for the next step in the clash between the United States and Iran, several big economic reports are on the schedule this upcoming week that could move markets. The headliner is Friday’s jobs report from the government.

Solid job growth has helped support the U.S. economy, even as trade wars hurt manufacturing around the world, and economists expect Friday’s report to show that employers added 155,000 jobs last month. The healthy job market is one of the reasons the S&P 500 soared to its second-best showing in 22 years in 2019. Big moves by central banks around the world to shield the economy from the pain of trade wars were also big factors.

Overseas stock markets slumped Monday, though the losses moderated as trading headed west with the sun.

Treasury yields rose and recovered some of their sharp drops from Friday. The yield on the 10-year Treasury climbed to 1.80% from 1.78% late Friday. It had been at 1.88% late Thursday, before Soleimani’s killing.