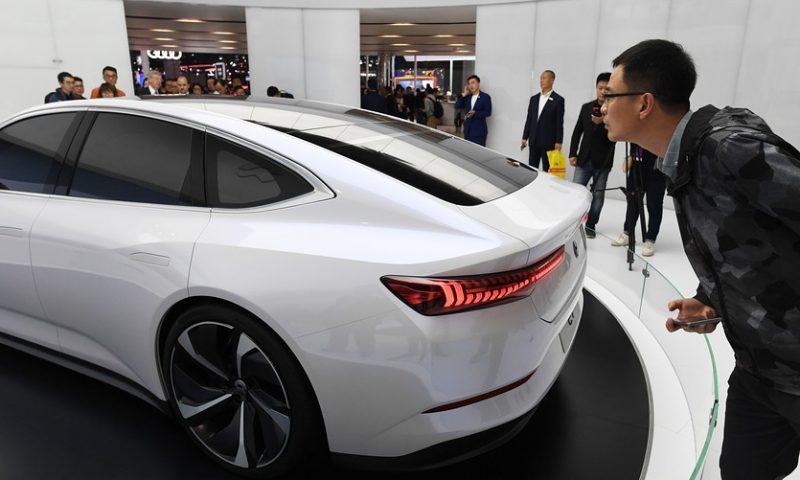 Shares head toward for 2nd-best one-day gain in their history, on record trading volume

Shares of Nio rocketed on heavy volume Monday, after the China-based electric-vehicle maker reported a third-quarter loss that narrowed more than expected as revenue and vehicle deliveries surged, and provided an upbeat outlook for the current quarter.

Excluding nonrecurring items, such as share-based compensation expenses and accretion on redeemable non-controlling interests to redemption value, the adjusted loss was RMB2.45 billion, or RMB2.38 a share, beating the FactSet consensus of a loss of RMB2.53 a share.

The stock ran up as much as 101.2% intraday before paring gains to close up 53.7% at $3.72, but still lead all gainers listed on the New York Stock Exchange. Volume spiked to 433.8 million shares, compared with the full-day average of about 36.9 million shares, and enough to make the stock the most actively traded on major U.S. exchanges.

For the fourth quarter, Nio said it expects revenue of RMB2.81 billion, well above the FactSet consensus of RMB2.07 billion, while deliveries are expected to spike up to jump to over 8,000 vehicles.

“The electric vehicle sector experienced substantial softness in the second half of 2019 after the reduction of EV subsidies in China,” said Chief Executive William Bin Li. “Despite the challenges, NIO’s sales improved solidly since September.”

Helping to boost the company’s third-quarter results, Nio said it implemented cost-control measures to improve efficiency, resulting in a 18.1% reduction in selling, general and administrative (SG&A) expenses from the second quarter and a 21.3% drop in research and development expenses.