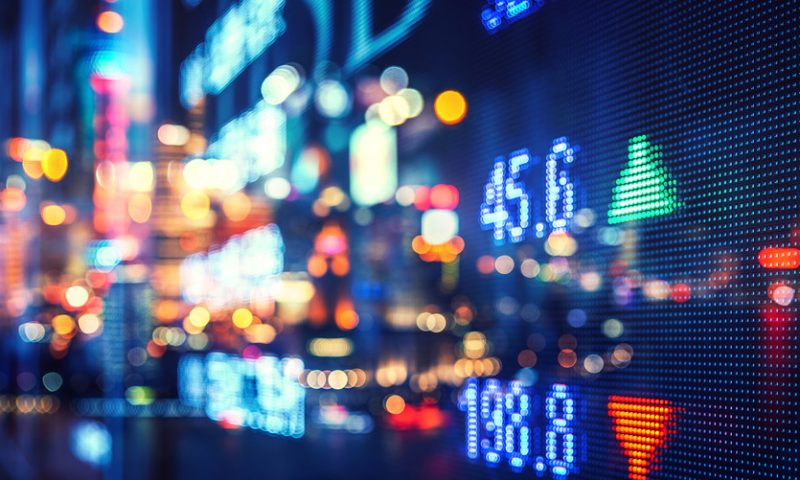 In the final week of 2019, stocks rose yet again as several major indexes hit fresh record highs. Volatility remained under control and stocks continued upward as we moved to year-end. There are, at present, no major catalysts or economic issues to disrupt the market rally. The S&P 500 is on track to match the 2013 29.6% return that keeps pace with the best of the 2010 decade. In most cases, stocks have risen by an average of 7.0% the following year when the stock market rose by more than 25%. That assures us that that good returns don’t have to be followed by bad ones. Given the extent of valuations, analysts suggest that investors need to incorporate lower expected long-term rates of return into their overall investment view.

It’s not a given that Investment goals and market cycles reset every calendar year, but the end of a year creates an opportunity for review and planning. Most investors agree that there is never a lackluster moment when it comes to investing and financial markets. That fact proved out this year as stocks managed to crash through a spate of worries and concerns on a global scale only to finish the year and the decade on a high note. While there are always events and factors that drive the market narrative and what kind of performance takes place in the near term, two stand out this year for certain: 1) the Federal Reserve moves, and 2) ups and downs concerning the U.S. / China trade deal. As the year draws to a close, analysts seem convinced that economic data will be more balanced and stock-market gains will moderate into the coming year and over the next decade. Most contend that with limited opportunities for further multiple expansion, the pace of market gains will continue to match the pace of earnings growth, which they think will rise modestly at more of a mid-single-digit rate than the wild growth of the past decade.

Gold prices steadied on the week after experiencing their biggest gain in nearly two months earlier in Friday’s trading session. The metal leveled out as investors became more cautious over lower year-end trading and adjusted their positions on the precious metal. During 2019, gold has been largely supported by the trade war, which has helped it gain over 17 percent. The dispute between two superpowers has caused turmoil in the markets and had investors concerned over a global economic slowdown. 2020 is expected to produce more uncertainty in the markets with unresolved US-China trade issues, Brexit and upcoming US presidential elections. Also, giving gold a boost is talk that Russia could consider a partial investment in gold via its National Wealth Fund. Silver dipped slightly on Friday but is on track for its best week since the end of August. Despite a slightly uneven month, the secondary metal remains stronger in 2019, as it is close to 10 percent higher on a year-to-date basis. As of 9:27 a.m. EST on Friday, silver was trading at US$17.86. In other precious metal news, platinum was up slightly on Friday, and had gained US$20 from this time last week. The tracking firm FocusEconomics believes that prices are likely to pick up slightly on the back of a fall in global supply. Despite this, weak automotive demand from result of a shift away from diesel vehicles in the European Union, is seen limiting the metal’s gains. Investors have focused heavily on platinum’s paired metal palladium.  Palladium has slipped from the US$1,900 level that it broke records with two weeks ago, but it is still managing to trade far higher than gold. It pushed past US$1,900 on December 10 following a power outage in South Africa that stopped production at several mines and raised concerns over a supply shortage. Since the outage, the metal has continued to climb and is headed for on a fifth straight week of gains.

It appears that oil will close out the year on a high note. Oil prices are roughly 30 percent higher than they were at the start of the year. 12 months ago, there was a sudden and steep downturn. Still, WTI rose above $61 in recent days, and investors are more bullish than in any recent period. That doesn’t remove the downside risks– the IEA is still calling for a supply surplus in the first quarter – however, there is now a feeling that the market is closer to balance than it has been in some time. On the shale side, the U.S. shale industry closes the door on what was an unpredictable decade that included record production levels paired with widespread financial wreckage in the business. The “growth-at-all-costs” business model that led the period is not going to cut it in the 2020s according to leading analysts. The market approach to this remains to play out. Natural gas spot prices rose at most locations this week. The Henry Hub spot price fell from $2.26 per million British thermal units (MMBtu) last week to $2.24/MMBtu this week. At the New York Mercantile Exchange (Nymex), the price of the January 2020 contract increased 4¢, from $2.243/MMBtu last week to $2.286/MMBtu this week. The price of the 12-month strip averaging January 2020 through December 2020 futures contracts climbed 2¢/MMBtu to $2.294/MMBtu.

European stocks reached a new high this week. The pan-European STOXX Europe 600 Index recorded a small gain for the week and reached another record high in light trading. The UK’s FTSE 100 Index and Germany’s DAX index also advanced. Most European markets were closed Wednesday and Thursday for Christmas and Boxing Day, respectively. Europe-specific news flow was light, however traders noted that European markets benefited from the positive sentiment created by the rally in U.S. stocks and progress toward the completion of a phase one trade deal between the U.S. and China. The STOXX 600 index broke a 5-year-old record earlier in December, and holiday-week gains set a new mark. The index ended the week up about 24% for the year-to-date period and was on track for its best calendar year result since 2009. In one of the week’s few headlines, Italy’s parliament passed its 2020 budget, a week ahead of the year-end deadline. Italy’s governing coalition canceled a sales tax hike amid concerns about weak household spending and kept the fiscal deficit target at 2.2% of gross domestic product for the third consecutive year.

In China, stocks posted their fourth consecutive weekly gain based on investors’ anticipation of a partial U.S-China trade deal coming shortly. Both the benchmark Shanghai Composite Index and large-cap CSI 300 Index edged slightly higher for the week. Optimism over improved trade relations came after the U.S. and China announced December 13 that they had reached a so-called phase one trade deal. Data pointing to surprisingly strong growth in China’s industrial sector also supported investor sentiment. Profits at industrial companies rose 5.4% in November from a year ago, their fastest pace in eight months, China’s statistics bureau reported Friday.

Although we are headed into the last week of the year, there’s still a few Important economic data being released including advance trade goods, the consumer confidence on New Year’s Eve, pending home sales, the manufacturing purchasing managers index (PMI), and on Friday the Federal Reserve’s December meeting minutes.