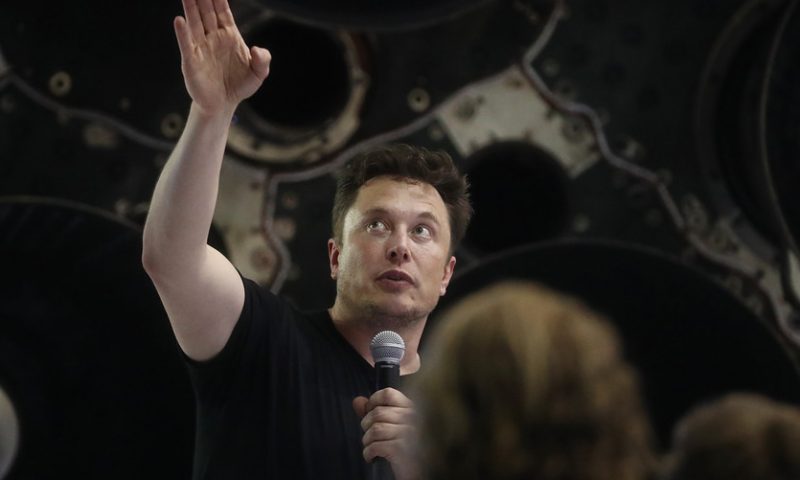 Wedbush analyst Daniel Ives raises his price target for Tesla’s stock by $100 to $370, sending the stock above $430 for the first time

Telsa Inc. shares continued their record-breaking run on Thursday, after a bullish analyst report said recent data from Europe and China suggest the electric-car maker may be on the cusp of a new period of growth and profitability.

Shares TSLA, -0.13% broke above the $430 level for the first time, after surpassing the $420 level in intraday trade earlier this week. That move prompted Chief Executive Elon Musk to again engage in cannabis-linked humor on Twitter, referencing the 4/20 date that is the unofficial cannabis holiday. It’s also the exact price that Musk famously quoted in a 2018 tweet as one at which he had secured funding for a going-private deal, landing him in hot water with the Securities and Exchange Commission as the tweet proved misleading.

Shares closed Thursday with a 1.3% gain at $430.94, yet another record high. After the close, Tesla disclosed that it has reached agreement with Chinese lenders on loans meant to help get the company’s “Gigafactory” in that country up and running.

Wedbush analyst Daniel Ives raised his stock-price target by $100 to $370 in a note Thursday morning that said Tesla bulls got a nice Christmas gift in the shape of strong signals from Musk and his Fremont, Calif., factory regarding demand for the Model 3 and profitability that seems to be on an upward trajectory for the fourth quarter.

“Both U.S. consumer demand for Model 3 and most importantly European strength should likely drive upside this quarter and enable Tesla to comfortably hit its vehicle delivery guidance of 360K–400K units for [the 2019 fiscal year], which represents an increase of 45% to 65% year-over-year,” Ives wrote in a note to clients. “While part of this recent rally has been a massive short covering, it has also been driven by underlying fundamental improvement as the company’s ability to impressively not just talk the talk but walk the walk has been noticed by the Street and the optimism around the story has growth markedly from the dark days seen earlier this year.”

Tesla’s stock has enjoyed a stunning 77% rally in the last three months, after the company posted a surprise third-quarter profit in October, setting repeated records this month. The S&P 500 SPX, +0.00% has gained 8.6% in the past three months.

Since then, excitement has built about the electric-car maker’s plans for China, where is it ramping up production at a new facility in Shanghai. The company is also fresh from the unveiling of its Cybertruck, with Musk boasting that the pickup already has received about 250,000 preorders, which require a $100 refundable deposit.

“If Tesla is able to sustain this level of profitability and demand going forward, especially in Europe and China, then the stock (and bull thesis) will open up a new chapter of growth and multiple expansion in our opinion,” Ives wrote. “To this point, many investors remain snake bitten by this stock as every time optimism grows and it looks like bright skies over Fremont unfortunately some negative variable (e.g. demand air pocket, production issues, red ink) has come out of left field and created an overhang on the story.”

For that reason, Ives is maintaining a neutral rating on the stock for now, and remaining in a wait-and-see mode on whether the turnaround is real. He cited a series of challenges that still face the company, including its high debt burden, which will require strong cash flow and profitability for the coming years as Musk funds planned initiatives including robotaxis, the European build out and new insurance programs.

“2020 represents a pivotal year for Musk & Co. as ultimately this will be the year the bulls have been waiting for with China coming on board and Musk’s grand EV vision starting to take hold … or (it) hits another stumble and the bears will come quickly out of hibernation mode heading into next year with the stock at new highs,” the analyst wrote.

Ives’s new stock-price target is far from the highest among 27 analysts on FactSet. There are currently seven analysts with targets above $400, and the most bullish is the $734 target set by Elazar Advisors.

On the bearish side, there are seven price targets in the $200-plus vicinity, and the lowest is $190 at Cowen. The average rating on the stock is hold, and the average target price is $328.55.

Analysts are forecasting a fiscal 2019 loss of 84 cents a share.