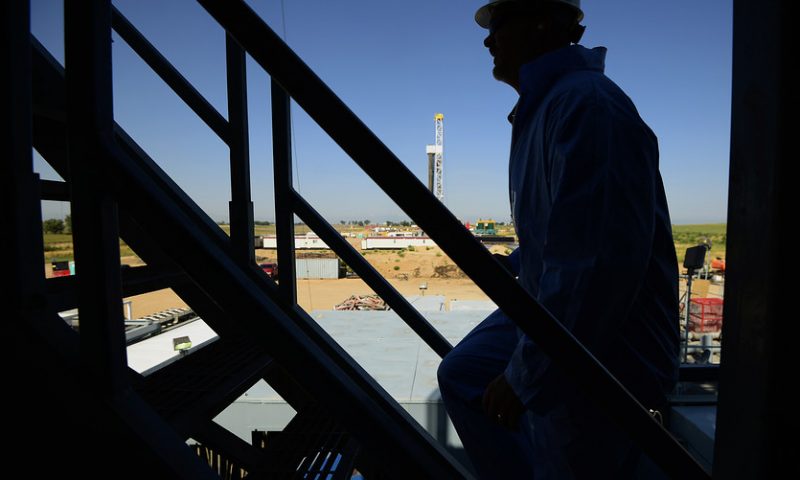 Crude oil prices edged higher Friday and finished a holiday-shortened week near a three-month peak, after a report showed a bigger-than-expected decline in U.S. stores of crude and its byproducts.

EIA data also showed supply increases of 1.963 million barrels for gasoline stocks and a decline of roughly 152,000 barrels for distillates.

U.S. energy reports were delayed this week due to the Christmas holiday.

West Texas Intermediate crude for February delivery US:CLF20, the U.S. benchmark grade, rose 4 cents, or less than 0.1%, to end at $61.72 a barrel in up-and-down trade on the New York Mercantile Exchange. The slight gains, however, helped the most-active contract hold around its highest price since Sept. 16, according to Dow Jones Market Data, with a weekly gain of about 2.1%.

Both Brent oil and WTI have risen for four consecutive weeks.

Phil Flynn, senior market analyst at The Price Futures Group, said that the EIA inventory data reflect refiners, who process crude, ramping up activity and helping to take down supplies.

“It looks like refiners are back…” Flynn told MarketWatch. “So very supportive!”

All that said, market participants also were digesting a report signaling that the group known as OPEC+, including members of the Organization of the Petroleum Exporting Countries and allies like Russia, may consider ending a pact to reduce global production next year.

“As far as the production cuts are concerned, I repeat once again, this is not an indefinite process. A decision on the exit should be gradually taken in order to keep up market share and so that our companies would be able to provide and implement their future projects,” said Russian Energy Minister Alexander Novak, according to Reuters on Friday, citing Russia broadcaster Rossiya 24 TV.

The report comes days after Novak was quoted as saying that OPEC+ may consider easing output restrictions at a meeting in March.

Earlier this month, OPEC and its allies agreed to officially cut production by 500,000 barrels per day on top of its current reduction agreement, beginning in January. Those additional reductions were meant to take total output cuts for OPEC+ to 1.7 million barrels day, including the current cuts of 1.2 million barrels a day from October 2018 levels that was put into place in January 2019.

Separately, a weekly report from Baker Hughes BKR, -0.27% indicated that the number of active U.S. rigs drilling for oil fell by 8 to 677 this week, marking the first decline of the past three weeks. The total active U.S. rig count also fell by 8 to 805.

A separate EIA report on Friday showed that domestic supplies of natural gas fell by 161 billion cubic feet for the week ended Dec. 20. Analysts had expected a drop of 150 to 153 bcf, according to market experts. Total stocks now stand at 3.250 trillion cubic feet, up 518 bcf from a year ago. The five-year average stands at 3,319 bcf, down 69 bcf, according to the government report.

Behold, these are ‘the most influential products’ of the last decade