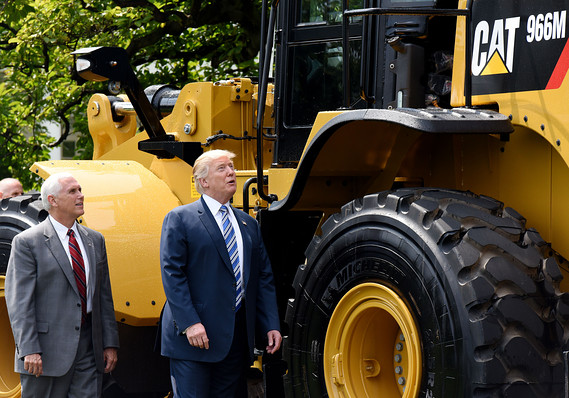 President Donald Trump’s strategy to use import tariffs to protect and boost U.S. manufacturers backfired and led to job losses and higher prices, according to a Federal Reserve study released this week.

“We find that the 2018 tariffs are associated with relative reductions in manufacturing employment and relative increases in producer prices,” concluded Fed economists Aaron Flaaen and Justin Pierce, in an academic paper.

While the tariffs did reduce competition for some industries in the domestic U.S. market, this was more than offset by the effects of rising input costs and retaliatory tariffs, the study found.

“While the longer-term effects of the tariffs may differ from those that we estimate here, the results indicate that the tariffs, thus far, have not led to increased activity in the U.S. manufacturing sector,” the study said.

Tit-for-tat trade retaliation is an idea best relegated to the past, given the presence of globally interconnected supply chains, the Fed researchers found.

The researchers don’t measure the effects on business confidence resulting from the uncertainty regarding U.S. international trade policy. Many economists see this doubt about future government policy as a primary driver in the decline in business investment this year.

While the Federal Reserve did not specify companies affected by the U.S – China trade dispute of the past 18 months, semi-conductor and electronics manufacturers that depend on China for sales, like NVIDIA Corp. NVDA, -0.97%, Micron Technology MU, -1.95% and Intel Corp. INTC, +0.43% are seen as especially vulnerable in a trade war scenario.

Apple Inc. AAPL, -0.04% has been able to escape tariffs on its China-assembled phones to date.

While Chinese consumers mostly buy locally made automobiles, U.S. manufacturers like Tesla Inc. TSLA, -0.13% have been at risk. The electric vehicle maker first raised the price of its Model S and Model X cars by $20,000 after a new round of trade tariffs but then cut and decided to absorb the difference. However, together with its Chinese partners, General Motors GM, +0.22% sold 3.6 million vehicles in China in 2018, more than in the United States.