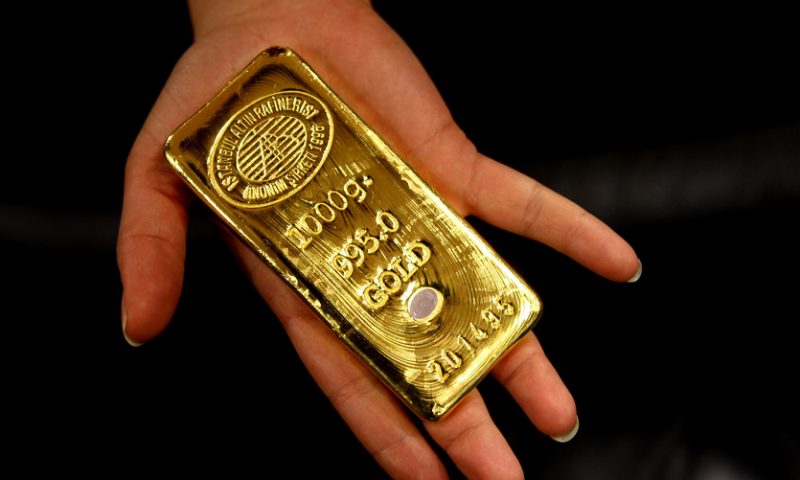 Gold futures settled above $1,500 an ounce Thursday, marking a third session of gains in a row and the highest finish for the precious metal since the end of October.

Bullish gold investors say bullion has benefited in recent trade on doubts about a China trade deal being completed, concerns about the implications of President Donald Trump’s recent impeachment by the House, and worries about stock market valuations being stretched at least in the U.S.

President Donald Trump has said that a trade deal with China was ready for signing in January and Chinese officials have confirmed that the two sides are in close contact on a partial trade agreement.

However, gold has been viewed as a good way to hedge the possibility of a further breakdown in the back-and-forth talks between China and the U.S., or a disappointment about the details of any pact, market experts say.

“Both American and Chinese officials are saying that a trade deal will be signed soon. Gold and silver will crash only when trade deal is signed and details are released…,” said Karnani.

Meanwhile, Senate Majority Leader Mitch McConnell remains at an impasse with Democrats over the next phase of Trump’s impeachment process, which markets have ignored but which could inject a measure of uncertainty into markets at some point, commodity experts warn.

“High political uncertainty due to continued trade tensions and the approaching U.S. elections should also be supportive [for] Gold in 2020,” wrote a team of Goldman Sachs commodities researchers led by Mikhail Sprogis in a recent client note.

Late-cycle concerns also will likely add to “fear-driven” demand for gold, according to Sprogis, who is forecasting the precious metal to hit $1,600 an ounce in the first quarter and hold there over the next 12 months.

In addition, gold appetite could be supported in the coming weeks as traditional buyers of precious metals scoop up bullion as gifts for holidays like the Lunar New Year.

Gains for gold in recent trade have come even as investors have driven major U.S. stock benchmarks, which tend to move in the opposite direction, to a series of all-time highs. However, gains recently have been tepid as investors brace for trade in a year that could be marked by a change of leadership in the White House and festering Sino-American trade tensions.

The Nasdaq just closed at 9,000 for the first time, but index’s biggest winners aren’t the usual tech suspects