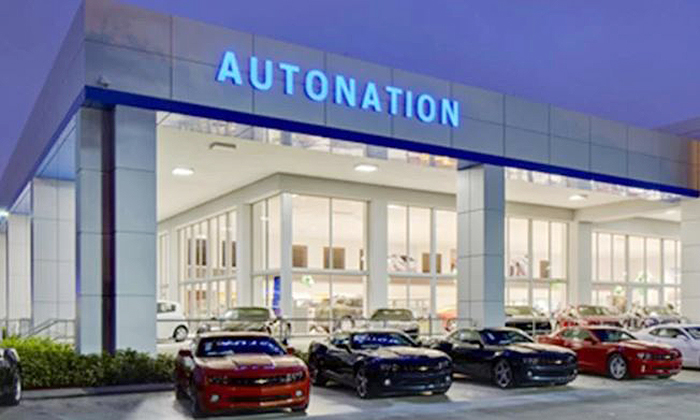 AutoNation, Inc. (NYSE:AN) CEO Cheryl Miller sold 4,331 shares of the company’s stock in a transaction dated Monday, December 16th. The stock was sold at an average price of $49.97, for a total transaction of $216,420.07. Following the completion of the transaction, the chief executive officer now owns 19,165 shares in the company, valued at $957,675.05. The sale was disclosed in a filing with the SEC, which is available through this link.

AutoNation (NYSE:AN) last issued its quarterly earnings data on Tuesday, October 29th. The company reported $1.10 EPS for the quarter, missing analysts’ consensus estimates of $1.11 by ($0.01). AutoNation had a return on equity of 14.37% and a net margin of 1.82%. The firm had revenue of $5.46 billion for the quarter, compared to analyst estimates of $5.38 billion. During the same period in the previous year, the business earned $1.24 EPS. AutoNation’s revenue for the quarter was up 2.1% compared to the same quarter last year. On average, equities analysts anticipate that AutoNation, Inc. will post 4.52 earnings per share for the current fiscal year.

AutoNation, Inc, through its subsidiaries, operates as an automotive retailer in the United States. The company operates through three segments: Domestic, Import, and Premium Luxury. It offers a range of automotive products and services, including new and used vehicles; and parts and services, such as automotive repair and maintenance, and wholesale parts and collision services.