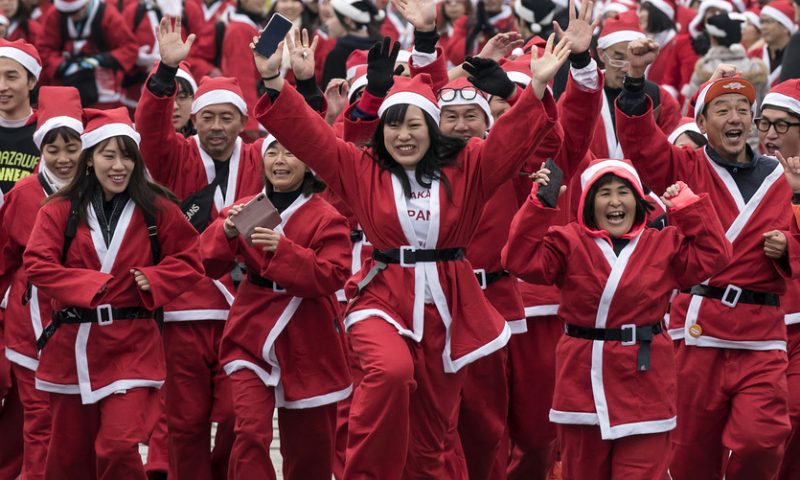 Traders have been buoyed by the pending phase-one trade deal between the U.S. and China, which announced Monday plans to open its oil, telecom and power markets wider to private competitors.

On Tuesday, leaders from China, Japan and South Korea were meeting against the backdrop of increasing threats from North Korea’s nuclear and missile programs. The trilateral summit aims to smooth some regional frictions, and discuss furthering regional cooperation on the economy.

The market’s latest gains came on a day of mostly muted trading as investors kicked off a holiday-shortened week. U.S. markets were scheduled to open for only a half day on Tuesday and then close Wednesday for Christmas.

“Right now, a lot of people have gone home for the year and the path of least resistance is higher,” said Sameer Samana, senior global market strategist at Wells Fargo Investment Institute. “It’s hard to see any kind of meaningful trend change between now and the end of the year.”

Momentum for stocks has been clearly upward for months, driving the major stock indexes to record highs. The benchmark S&P 500 index has finished with a weekly gain in 10 out of the past 11 weeks.

Fears about a possible recession have also faded since the summer after the Federal Reserve cut interest rates three times, and the central bank appears set to keep them low for a long time.