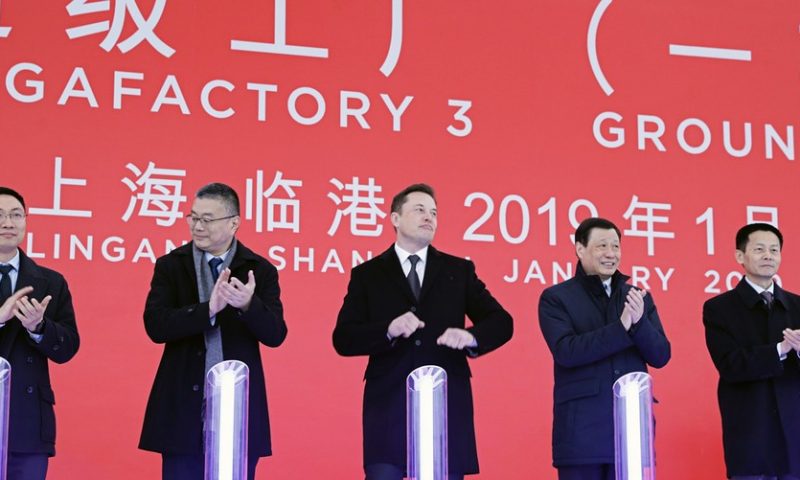 ‘The worst of times’ to short Tesla, but don’t call it a squeeze, S3 says

Tesla Inc. shares ended at record on Friday, their third straight session of gains, and it is starting to look a lot like a rout for short sellers.

Tesla TSLA, +0.38% shorts are down $1.16 billion in mark-to-market losses this week, S3 Partners, a financial technology and analytics firm, said in a note Friday.

Before this week’s rally, Tesla last had set a record high close in September 2017.

For the year, the shorts, who bet on a stock falling in price, are down about $2.43 billion, S3 said.

“While we have seen a large amount of short covering in the second half of 2019, actual $ short interest or dollars at risk has increased by +$2.47 billion since June 3,” S3 said. “Short interest has ranged between $8.4 billion and $10.8 billion as Tesla’s shares shorted has decreased while its stock price has rallied over the last seven months.”

A “significant amount of shorts” have held their ground. If the rally continues, though, there will be more short covering as more short sellers hit their risk limits, S3 said.

If the stock keeps “hitting historic highs we can expect short covering to accelerate as short mark-to-market losses mount,” S3 said. At this rate, the number of Tesla shares shorted would slid below 20 million shares if Tesla’s stock price hits $450 a share and another $1 billion of mark-to-market losses hits the short seller’s ledgers, S3 said.

“What was a seven month long ‘hug’ is turning into a full-blown ‘squeeze.’”