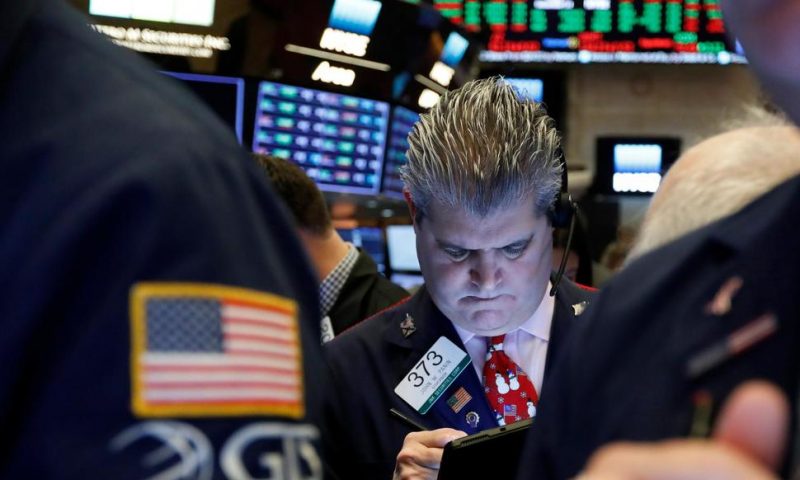 Wall Street capped a mostly quiet week of trading Friday with broad gains for stocks and more record highs for the major indexes.

Technology and health care stocks powered much of the rally. The S&P 500 notched its 10th winning week in the last 11. The benchmark index also finished with a record high for the fourth time this week. The Dow Jones Industrial Average and Nasdaq composite also ended the week at new highs.

Momentum for stocks has been clearly upward for months, and the market is heading into what’s historically been a seasonally good period.

Rising optimism around a “Phase 1” trade deal announced a week ago between the United States and China has helped push stock indexes to records. Fears about a possible recession have also faded since the summer after the Federal Reserve cut interest rates three times, and the central bank appears set to keep them low for a long time.

“It’s just a benign continuation of the year-end rally based on no compelling reasons to scare people into selling,” said Tom Martin, senior portfolio manager with Globalt Investments. “You have not a lot of reasons to sell; maybe a few reasons to buy. So, it’s just a very slow, low volume drift upward.”

Roughly two stocks rose for every one that fell on the New York Stock Exchange.

The U.S. and China agreed last week to cut tariffs on some of each others’ goods and postpone other tariff threats. The interim trade deal has helped ease a key source of uncertainty for investors heading into next year.

More good news arrived Friday with a report showing U.S. households continue to spend amid a healthy job market. That is making up for hesitance by businesses to spend, and it’s helping to keep the economy growing at a moderate pace.

“What we’ve had in the last several weeks is a lessening of uncertainty,” Martin said.

Spending by U.S. households has been the main pillar for the economy recently, even as CEOs turned cautious amid all the uncertainty created by President Donald Trump’s trade wars.

Consumer spending rose 0.4% last month from October, the strongest growth in four months, according to the latest data from the Commerce Department. The increase in spending came as incomes rose 0.5% from a month earlier.

A separate report confirmed the economy grew at a moderate annual rate of 2.1% in the third quarter. Much of the growth from that July-through-September quarter came from stronger consumer spending.

Carnival jumped 7.6% for the biggest gain in the S&P 500 after it reported stronger earnings for the latest quarter than analysts expected. The cruise ship operator also gave a profit forecast for the upcoming quarter that topped analysts’ forecasts.

CarMax dropped 6.2%, the largest loss in the S&P 500, after it reported weaker earnings for the latest quarter than analysts expected.

Stocks have traditionally climbed in the last five days of each calendar year, plus the first two of the new year. It’s happened often enough that traders call it the “Santa rally,” and it’s brought an average gain of 1.3% for the S&P 500 since 1969, according to the Stock Trader’s Almanac.

Over the last 50 years, stocks have climbed in the seven-day stretch roughly three-quarters of the time.