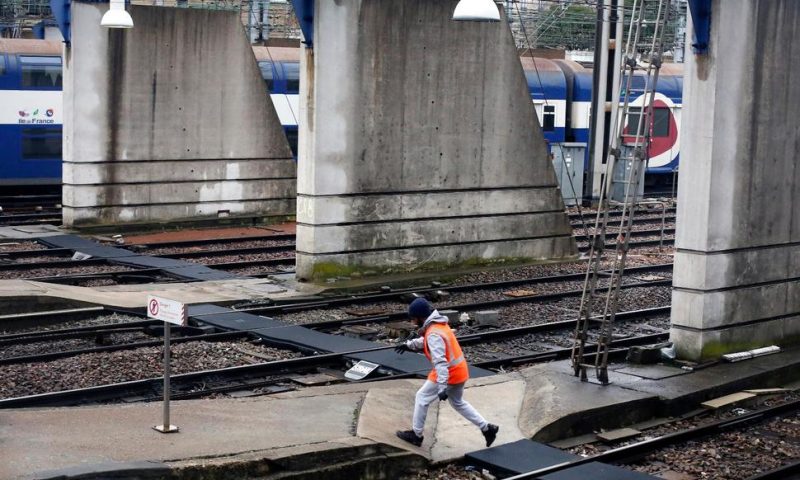 France’s prime minister says the full retirement age will be increased for the country’s youngest. But he offered concessions Wednesday in an ill-fated effort to calm a nationwide protest against pension changes that has lasted a week.

PARIS — France’s prime minister said Wednesday that the full retirement age will be increased for the country’s youngest, but offered concessions in an ill-fated effort to calm a nationwide protest against pension reforms that critics say will erode the nation’s way of life.

The government is trying to make the pensions system sustainable and simpler but is facing public pressure, including a week of the most debilitating transport strikes in decades.

Major unions were quick to reject government proposals and vowed to strike on. A moderate union, the CFDT, announced Wednesday night that it would join in a Dec. 17 action day, breaking with its past posture. CFDT leader Laurent Berger said a ‘’red line” had been crossed with the introduction of an age factor into the plan, the daily Le Monde reported.

The day after more than 300,000 people protested across France, authorities measured a logjam of some 460 kilometers (285 miles) of traffic in Paris. All metro lines bar two were closed and many train routes remained canceled as unions dig in their heels against President Emmanuel Macron, whom they accuse of shaping policies in favor of the rich.

Prime Minister Edouard Philippe detailed the pension changes in a speech on Wednesday, saying bluntly that the French “will need to work longer.”

The plan was rich in detail. People born after 1974 will have to work until the age of 64 to get a full pension, instead of 62 previously. Those born before that date will not be affected in any way, he said, throwing out a sweetener.

“The government is making fun of everyone,” he said. Several other unions, including Workers’ Force, said the prime minister’s address only “confirms the necessity to step up the strike action.”

Gilles Pierre, a Paris metro driver and member of hard-left union Solidaires-RATP, was on his seventh straight day of strike on Wednesday, and decided to continue.

“We do not block public transport for pleasure,” said Pierre, 41. “We are not fighting only for us. … We call on all French workers in the private and public sectors to join the mobilization. That is important.”

The new scheme is aimed at replacing a complicated pension system that included dozens of special privileges for some sectors, like public transport, with one set of rules for all.

Philippe said the changes would ensure the pension system is “fair and sustainable” in the face of a growing population with, a record number of people over 90.

For people entering the workforce, the reforms will only start to apply in 2022, which happens to be the last year of Macron’s term. It was not known whether he will seek a second mandate. The government also introduced the country’s first ever minimum pension, which will be available to those who worked their whole life, at a relatively high 1,000 euros ($1,100) per month. That compares with 858 euros (723 pounds) a month in the U.K.

Beginning under Macron’s watch, it will be harder for the law to be undone by a successor.

The plans though seem to have done little to abate the strikes that were billed as “unlimited” and threatened to mirror similar ones in 1995 that caused the ousting of Prime Minister Alain Juppe. That action paralyzed the country with widespread public support and were themselves compared to the events of May 1968, when France reached the brink of revolution.

Asked in a television interview whether he could be undone by the changes, the prime minister suggested the answer was no because times have changed, other countries are making adjustments and the French knew reform was coming, giving it ‘’political legitimacy.”

‘’I’m not pulling this out of my hat,” Philippe said, noting that Macron had promised change. ‘’I’m not at all a warrior, but it’s true that I’m determined,” Philippe added.

Many French people and the unions leading the strikes fear the new system will force people to work longer for smaller pension allocations.

Amid all the political speeches, the strikes continue to cripple the eurozone’s second-largest economy and the mood among the public remains strained but understanding.