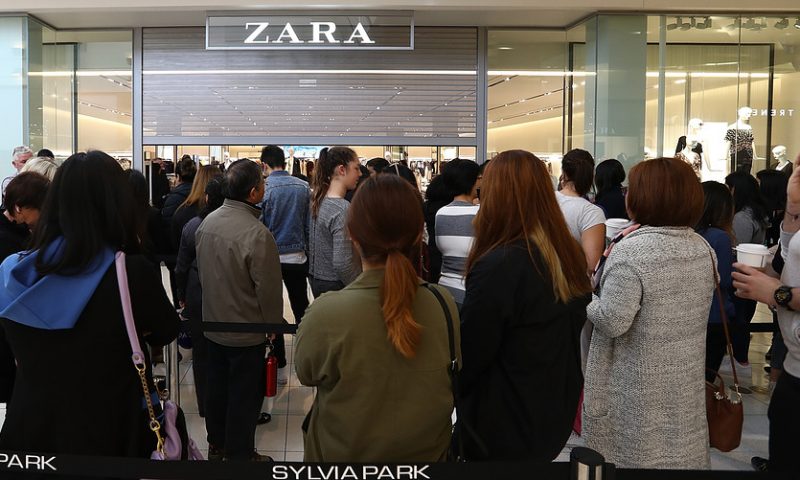 Inditex and Credit Suisse among stocks on the move

European stocks slipped on Wednesday, as investors waited for the outcome of big central bank meetings, a U.K. election and U.S.-China trade developments.

Analysts said that the fresh poll means a hung parliament cannot be ruled out, and that could result in a repeat of recent years in which the House of Commons was unable to decide on which Brexit plan it would go ahead with.

Investors are waiting for the outcome of the Federal Reserve’s last policy meeting of the year later on Wednesday, while the European Central Bank holds its last 2019 meeting on Thursday. Neither central bank is expected to announce a policy change.

Meanwhile, markets were warily watching for U.S.-China trade developments ahead of a looming December 15 deadline, in which the U.S. is set to slap a 15% tariff on roughly $156 billion in Chinese exports. The Wall Street Journal reported on Tuesday that the U.S. may delay those tariffs.

Among stocks on the move, shares of Credit Suisse Group CSGN, -0.85% fell 0.4%. The Swiss bank said it would launch share buybacks of up to $1.5 billion in 2020 and targeted around 10% for a return on tangible equity (ROTE)—a key measure of profitability. But that target was lowered from a prior range of 11% to 12%, analyst Andreas Venditti at Vontobel noted to clients.

Shares of Industria de Diseño Textil, otherwise known as Inditex, ITX, +5.24% rose close to 1% after the Spanish retailing giant reported a rise in nine-month net profit and backed its full-year view for comparable sales growth of 4% to 6% for the fiscal year.

Elsewhere, shares of JD Sports Fashion JD, -9.51% led the downside on the Stoxx Europe 600, with a drop of 9%. Those losses came after the sport-fashion retail group’s shareholder Pentland said it has reduced its stake, selling close to 24 million shares.

The share sale will allow Pentland to fund future investment activity and increase the free float to meet further interest from JD and other shareholders, said Stephen Rubin, chairman of Pentland Group, in an emailed statement. He said Pentland remains “committed to remaining a long-term majority shareholder in JD.”