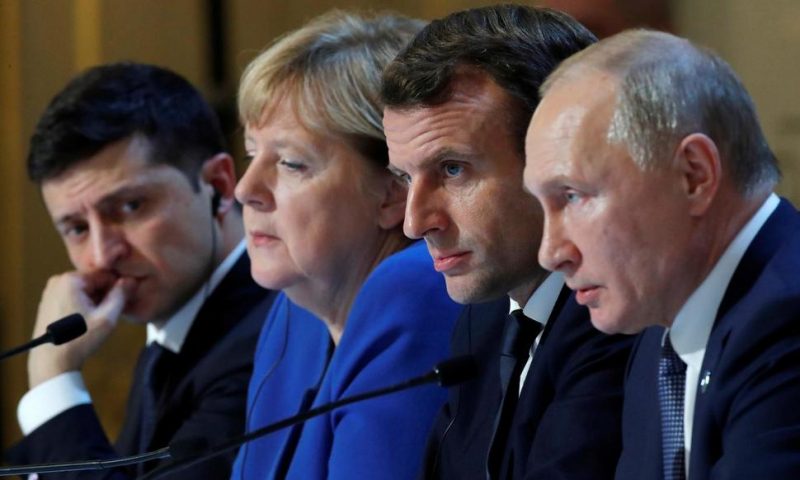 The presidents of Russia and Ukraine failed to agree on a new contract for natural gas supplies when they met for peace talks in Paris on Monday.

MOSCOW — THE Russian government said Tuesday that the presidents of Russia and Ukraine discussed a new contract for natural gas supplies during peace talks in Paris on Monday, but failed to reach a deal.

Kremlin spokesman Dmitry Peskov told reporters that “so far we can’t say a solution to the problem was found,” adding that the two countries agreed to “keep talking” about the issue.

Talks on a replacing a contract expiring this year have dragged on because of disputes over price and debt, raising fears of disruptions in Russian gas supplies to Europe via Ukraine.

Ukrainian Prime Minister Oleksiy Honcharuk said Ukraine was prepared to venture into a “gas war” in order to negotiate a deal. The country’s president, Volodymyr Zelenskiy, said last month that the deal was a priority for Ukraine and important for Europe’s energy security.

Relations between Russia and Ukraine have been poor since Russia annexed the Crimean peninsula in 2014 and Moscow supported a separatist insurgency in eastern Ukraine.

Thunberg Tells Governments: ‘You Are Misleading’ on Climate