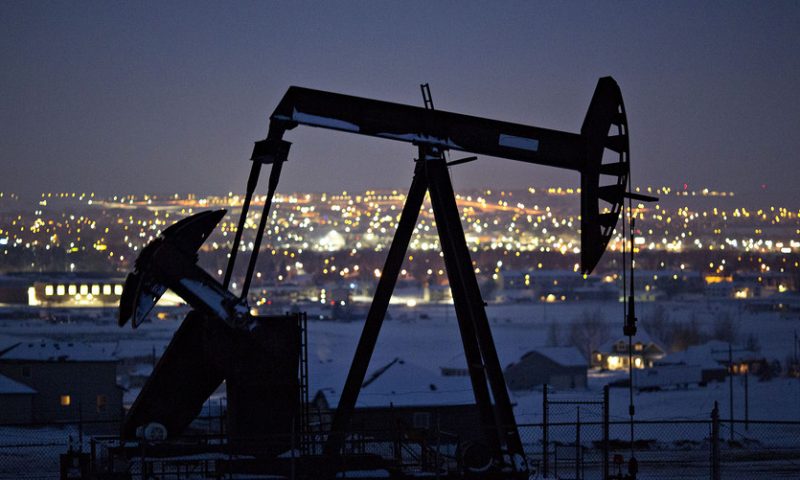 Oil futures finished higher Tuesday, recovering from early losses, after a report from the Wall Street Journal was seen as upbeat in long-running negotiations between the U.S. and China on tariffs.

Prices also got a boost from expectations that a U.S. government report Wednesday will reveal a second straight weekly decline in domestic crude inventories.

The Wall Street Journal on Tuesday, citing unnamed officials from both parties, reported that U.S. and Chinese negotiators were laying the groundwork for a delay in a fresh round of tariffs set to kick in Sunday. The report indicated that the parties continue to “haggle over how to get Beijing to commit to massive purchases of U.S. farm products President Trump is insisting on for a near-term deal.”

Trade animosities between the world’s largest economies have been a headwind for crude oil demand and global economic growth in the past year.

West Texas Intermediate crude for January delivery CLF20, -0.41% tacked on 22 cents, or 0.4%, to settle at $59.24 a barrel on the New York Mercantile Exchange. That marked the highest front-month contract settlement since Sept. 17, according to Dow Jones market Data.

Later comments from U.S. officials raised some doubts about a tariff delay, but markets have mostly shaken them off. White House economist Larry Kudlow said Tuesday that tariffs scheduled to hit Chinese goods on Dec. 15 are “still on the table,”

“Oil prices may struggle to rally here as they are at the top of their recent trading…range and around the 2020 forecast for many analysts,” wrote Edward Moya, senior market analyst at brokerage Oanda, in a Tuesday research note. “What also is not helping oil bulls is that Brent crude is currently trading near Saudi Arabia’s 2020 budget targeted average price of $65 a barrel.”

The oil market was also still digesting a move to deepen production cuts by OPEC and its allies at a meeting in Vienna last week.

“While most analysts still forecast a [crude] surplus in early 2020, deeper output cuts by international producers is an incrementally bullish development,” said analysts at Sevens Report Research. The Organization of the Petroleum Exporting Countries and its allies, known as OPEC+, reached an agreement last week to cut an additional 500,000 barrels a day from oil production beginning in January, taking total cuts to 1.7 million barrels from October 2018 levels.

“Despite the market’s recent resilience, oil prices do remain rangebound right now, but [WTI] futures are poised to test key resistance between $60 and $62 [a] barrel, especially if there is a positive catalyst such as a phase one [U.S.-China] trade deal announced this week,” they said.

In a monthly report released Tuesday, the U.S. Energy Information Administration lowered its forecasts for 2019 and 2020 U.S. crude production, and raised its outlook for WTI and Brent prices for this year and next.

Looking ahead, oil investors are awaiting inventory data from American Petroleum Institute due late Tuesday, with official government figures from the EIA out Wednesday.

The EIA is expected to report a second straight weekly decline in domestic crude inventories, with analysts polled by S&P Global Platts forecasting a fall of 2.8 million barrels. The analysts, however, expect to see supply increases of 3.3 million barrels for gasoline and 2 million barrels for distillates, which include heating oil.