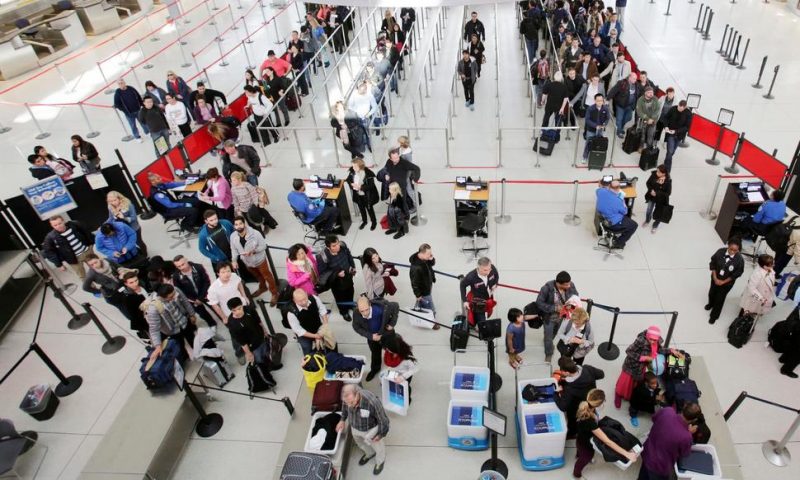 If you’re flying over Christmas or New Year’s, don’t expect room to stretch out on the plane.

WASHINGTON — Airlines are looking forward to another big Christmas and New Year’s season, with 3% more people flying in the U.S. than during last year’s holiday stretch.

The trade group Airlines for America said Tuesday that 47.5 million people are expected to fly over an 18-day period from Dec. 19 through Jan. 5.

The busiest days are forecast to be the Friday and Saturday before Christmas and the Thursday and Friday after Christmas, which falls on a Wednesday this year.

If the forecast is right, that means another 72,000 passengers a day on average. The trade group said airlines have scheduled 884 more flights with 88,000 more seats on the average day, compared with the same period last year.

The group’s chief economist, John Heimlich, said the projected increase was due to a healthy economy and affordable flights. Government data shows that average fares this year are up slightly over 2018, but are lower than previous years this decade, after adjusting for inflation.

Airlines are enjoying a boom in travel demand. The Transportation Security Administration said it screened more than 2.8 million people on Dec. 1, the Sunday after Thanksgiving, a record for the agency.

Democrats Agree to North America Trade Pact: What’s in It?

Thunberg Tells Governments: ‘You Are Misleading’ on Climate