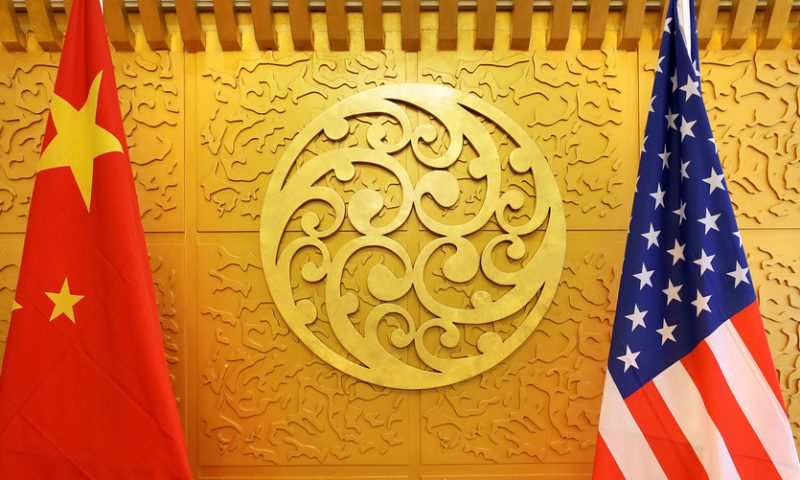 Asian stock markets were mostly higher Monday with investors cheered by a late-week buying mood on Wall Street after a surprisingly strong U.S. jobs report drove the Dow industrials to the best performance in two months.

“Markets were mostly higher on the solid U.S. jobs data print,” said Vishnu Varathan of the Asia & Oceania Treasury Department at Mizuho Bank in Singapore, adding that questions remained whether economic data points would prove enough to keep stock markets elevated amid other global risks that could put future growth in jeopardy.

The U.S. employment report from the Labor Department beat economists’ consensus expectations, showing an estimated 266,000 new jobs created in November, the most since January, while the unemployment rate fell to a 50-year low.

Ongoing trade negotiations between the U.S. and China continue to shape stock trading. Investors are hoping that the world’s two biggest economies will reach a deal before new U.S. tariffs go into effect Dec. 15 on some popular products made in China, including smartphones.

“Drawing attention to the importance of the trade negotiations for both China and market sentiment, the market is experiencing a bit of a hangover from the weekend release of China’s sagging export data, which was a casualty again of the protracted trade war with the U.S. coming home to roost,” said Stephen Innes, chief Asia market strategist with AXI Trader.

Stocks fell at one point last week after President Donald Trump said he wouldn’t mind waiting for a trade deal beyond the 2020 elections. Beijing said Friday that it is waiving punitive tariffs on U.S. soybeans and pork as negotiations for a trade deal continue.

“Whether or not U.S.-China can cut a deal remains the obsession; arguably the only game in town heading into ahead of the [Dec. 15] deadline for the next round of tariffs fall due,” Mizuho Bank said in a commentary.

In data out Monday, government figures showed that Japan’s economy grew at a much faster pace than initially estimated in the July-September quarter thanks to stronger-than-expected spending by companies. The economy expanded an annualized 1.8% in the quarter, following 2.0% growth in the previous quarter, revised gross domestic product figures showed. That was much faster than the annualized 0.2% growth in a preliminary estimate.

Economists have forecast that the Japanese economy will likely shrink in the October-December quarter due to weaker consumption following an increase of the national sales tax and natural disasters that hit the nation during the period.