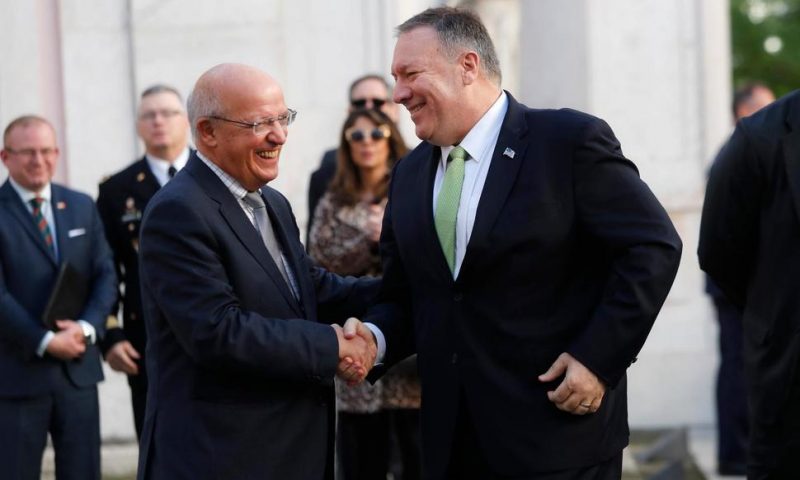 The Chinese government “won’t hesitate” to use Huawei as a back door to sensitive data, Pompeo warned at a news conference with Portuguese Foreign Minister Augusto Santos Silva.

He said each country has to make its own decision about such issues.

“But we have tried for these past couple of years to make clear to our friends all around the world of the attendant risks,” Pompeo said.

Santos Silva said bids from 5G operators will be assessed in the light of strict Portuguese and EU regulations.

All foreign investment is welcome, he said.

Portugal is one of the EU’s, and NATO’s, smaller members and keen to attract investors. Chinese companies already own significant assets in the energy, banking and insurance sectors in Portugal.

Portugal has challenged critics of its China policy to compete with Beijing on Portuguese investments.

Santos Silva noted that a public tender is to open soon for a container terminal at the country’s biggest Atlantic deepwater port, in Sines. China is expected to table a strong bid, but Santos Silva said he hoped U.S. companies would compete, too.