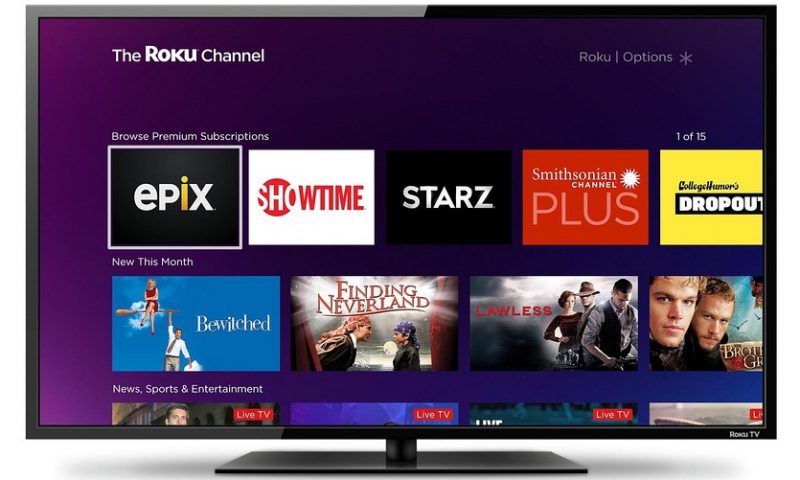 Analyst turns bearish on Roku, warning of increased competition and a potential slowdown looming for the ad business

Roku Inc.’s stock surged more than 400% through the first 11 months of the year, and Morgan Stanley analyst Benjamin Swinburne is concerned that it’s about to head in reverse.

Swinburne downgraded Roku shares ROKU, -15.15% to underweight from equal-weight on Monday, writing that the stock looks far too expensive, as they are now trading at a higher forward multiple of enterprise value to sales than the average fast-growth software company he’s tracking. At the same time, he expects gross margins to fall and gross-profit growth to temper.

The stock is off more than 13% in Monday morning trading on heavy volume.

Swinburne has other worries about Roku beyond the stock’s lofty valuation. One concern is that its advertising business will soon get hit by the law of large numbers, meaning that growth for that area of the company might start decelerating more quickly than investors anticipate. “This has been the case with other emerging digital advertising businesses like Snap and Twitter, where rather than fade modesty, growth slowed dramatically,” he wrote.

He also flagged a slowdown in active-account growth in the latest quarter, on a year-over-year basis. In Swinburne’s view, Roku benefitted in earlier quarters from its partnership with television maker TCL, which helped the company grow its active-account base since the Roku operating system became embedded in TCL sets. Without major new partnerships, Swinburne expects active net account additions to keep moderating going forward.

On the competitive front, investors may not be fully appreciating the number of companies that go up against Roku, in Swinburne’s view. He cites new “box” offerings from telecommunications players like AT&T Inc.’s T, -0.16% DirecTV and Comcast Corp. CMCSA, -1.18% At the same time, Roku users have made apps like Comcast’s Xfinity TV and Charter Communication Inc.’s CHTR, +0.07% Spectrum among the top apps viewed on Roku’s platform, but Swinburne sees live streaming through multichannel video programming distributors (MVPD) or virtual MVPD as more difficult for Roku to monetize.

Swinburne raised his price target on Roku shares to $110 from $100 in conjunction with the downgrade, but the new target is still about 20% below recent levels.

Apple will make some big changes with the next iPhone, JPMorgan says