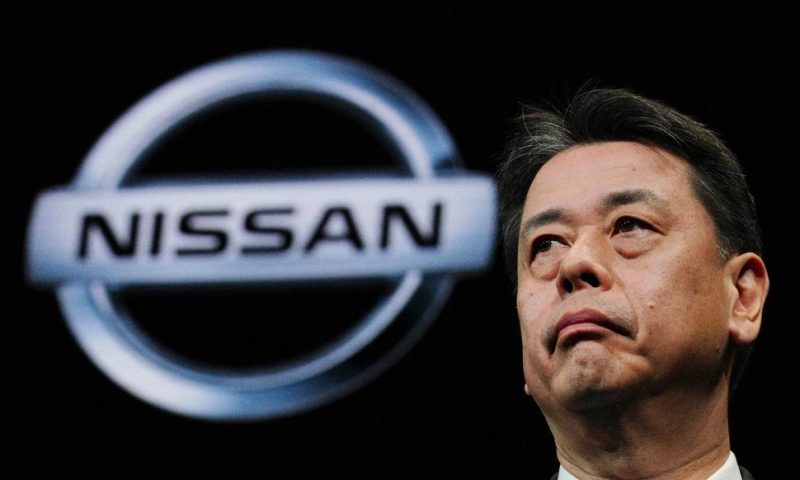 Nissan’s new chief executive Makoto Uchida has reaffirmed the importance of the alliance with Renault as the Japanese automaker seeks to puts its financial scandals behind it.

TOKYO — Nissan’s new chief executive Makoto Uchida reaffirmed Monday the importance of the Japanese automaker’s alliance with France’s Renault, as it strives to puts its financial scandals behind it.

A day after he up his post, Uchida told reporters he will emphasize transparency and work to restore Nissan Motor Co.’s credibility.

He repeatedly acknowledged the company was in a “extremely harsh situation.”

Uchida, who also is Nissan’s president, takes over at a time of crisis, with sales and profits tumbling, after its former chairman, Carlos Ghosn, was arrested last year on various financial misconduct charges.

Ghosn denies wrongdoing. His trial has not started, and the scandal hangs like a shadow over Nissan.

Uchida took over after Ghosn’s successor Hiroto Saikawa was ensnared in a scandal of his own, centered around dubious income. Saikawa announced in September he was stepping down.

Analysts say hopes are high Uchida and his new team will lead a revival at Nissan. But uncertainties remain, and the effort is likely to take time.

“I will most definitely steer Nissan as the CEO,” Uchida said, standing on stage next to a Z sportscar, a symbol of Nissan’s proud history.

He said past management had made the mistake of fostering a corporate culture that encouraged the setting of unrealizable goals, although Nissan engineers and workers were very talented.

He said the “Nissan Way,” as outlined by Ghosn and Saikawa, will be reviewed, but said specifics on targets weren’t yet ready to be disclosed.

But he stressed the alliance with Renault and smaller Japanese automaker Mitsubishi Motors Corp. must remain strong, deepening cooperation but respecting each other’s independence “as equal partners.”

Janet Lewis, an analyst with Macquarie Capital Securities Japan, said Uchida appears to be well-liked at the company, and has experience with the Renault alliance and with the Chinese market, where Nissan is doing well.

“I think it is naive to think that anyone can turn Nissan around within a year,” she said.

She said Nissan has fallen behind in product development, a problem dating back to the years under Ghosn. It’s up to the new leadership team to fix that.

“We believe investors should remain on the sidelines until there is more evidence that the turnaround is on track,” she said.

Analysts say Nissan, Renault and Mitsubishi need to keep their alliance and should cultivate a more positive relationship.

Mitsubishi was brought into the alliance after a series of scandals, and Ghosn’s troubles coincided with mounting friction over more closely integrating Nissan with Renault.

Research development and platforms, the basic parts on which vehicles are built, are being shared among the alliance members. It would be nearly impossible to pull out without drastic consequences, the analysts say.

Takaki Nakanishi, an analyst with Jefferies, said Uchida and his new team will try to show the company is turning over a new leaf, perhaps disclosing their own plans by May.

“While management policies of the new executive team are undetermined at this point, they are likely to involve the development of a new business revitalization and shift to an accommodative stance in the relationship with Renault,” said Nakanishi.

Ghosn has said other managers at Nissan colluding with the Japanese government and prosecutors to arrest him on trumped up charges as part of a plot to block Ghosn from working toward a fuller merger of Nissan with Renault.

Prosecutors insist they have a case.