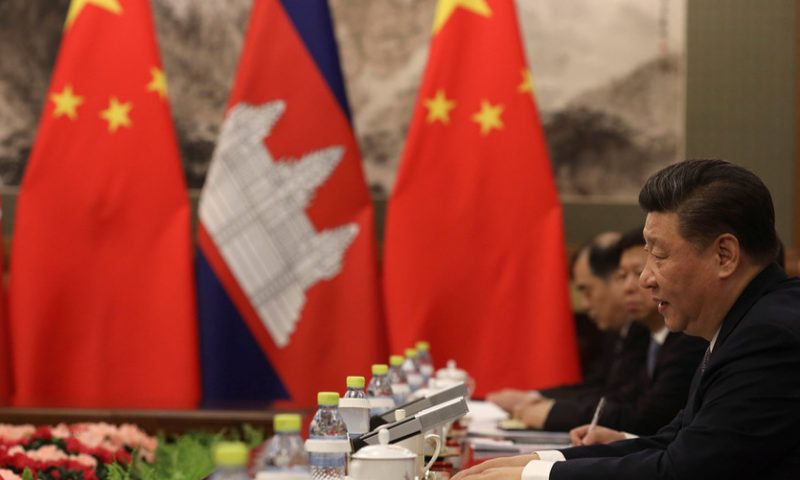 China’s Xi emphasized he isn’t ‘afraid to fight back’ in trade negotiations with the U.S.

U.S. stocks closed higher Friday but halted their multiweek gains, after investors shrugged off positive comments on a trade deal by President Donald Trump and his Chinese counterpart Xi Jinping.

For the week, the Dow ended 0.5% lower, snapping a four-week winning streak, according to Dow Jones Market Data. The S&P shed 0.3%, halting six weeks of gains, while the Nasdaq retreated 0.3%, ending its seven-week advance.

The initial optimism around trade gave way after the Federal Communications Commission voted on Friday to label Chinese telecom giants Huawei and ZTE as a national security risk, a move that bars them from accessing a government subsidy program.

Earlier, President Xi had injected some measure of hope into a market that has grown more uncertain about a partial U.S.-China trade deal materializing. “We want to work for a Phase 1 agreement on the basis of mutual respect and equality,” he was quoted as saying, during a forum in Beijing attended by a delegation of foreigners. China’s chief trade negotiator Liu He remained optimistic about striking a trade deal and invited his U.S. counterparts for more talks.

On the U.S. side, President Donald Trump said there was a “good chance to make a deal,” and later suggested he needed to balance the needs of the U.S.-China relationship.

“Xi’s comments did not reveal anything new, but served as a reminder that China is also in need of a trade deal,” wrote Edward Moya, senior market analyst for OANDA.

Investors have been wrestling with shifting narratives around international trade all week, as well as a mixed picture in corporate earnings, highlighted by some of the biggest retailers in the country.

“The markets are getting accustomed to nothing happening,” said Nick Giacoumakis, New England Investment & Retirement Group, about progress on the U.S.-China trade front, in an interview with MarketWatch.

“The market has kind of yawned,” he said, but also pointed to the early “Santa Clause rally” seen in stocks which rose to record highs this month. “The rally is intact and with this will go into 2020,” he predicted.

Investors also were parsing a report on Friday that said Bridgewater Associates, the world’s largest hedge fund, was placing a $1.5 billion hedge bet to protect $150 billion under management in case global stock markets tumbled by March 2020.

In economic data, IHS Markit said its U.S. flash manufacturing sector purchasing managers index rose to 52.2 in November from 51.3 in October. Meanwhile the U.S. flash services sector purchasing managers index in November rose to 51.6 from 50.6. Any reading above 50 indicates improving conditions. The University of Michigan reported that its consumer-sentiment index for November came in at 96.8, versus 95.7 in the prior month.

“The stock market has been trading for weeks now as if a trade deal is not the most important factor behind this year’s huge gains,” said MUFG economist Chris Rupkey. “We think stocks are really rallying because they are the only game in town now that Fed messaging and rate cuts have crushed Treasury bond yields. You want to make money in 2020, you better be in stocks not bonds is what investors are saying.”

Outside the U.S., the most recent survey data on manufacturing and services for the eurozone continued to indicate contraction. The IHS Markit eurozone composite PMI fell to 50.3 this month, from 50.6 in October. Any PMI reading below 50 represents a contraction in activity.

The U.K.’s economic performance was the worst since July 2016 with manufacturing and services PMI both coming in below 50 and below expectations. Britain faces a general election on December 12.

Shares of Foot Locker Inc. FL, -2.92% slumped almost 3% on Friday as net sales came up a bit shy, even though the athletic shoe and accessories retailer reported profit and same-store sales that beat expectations.

The U.S. stock market rally is built on a crumbling base