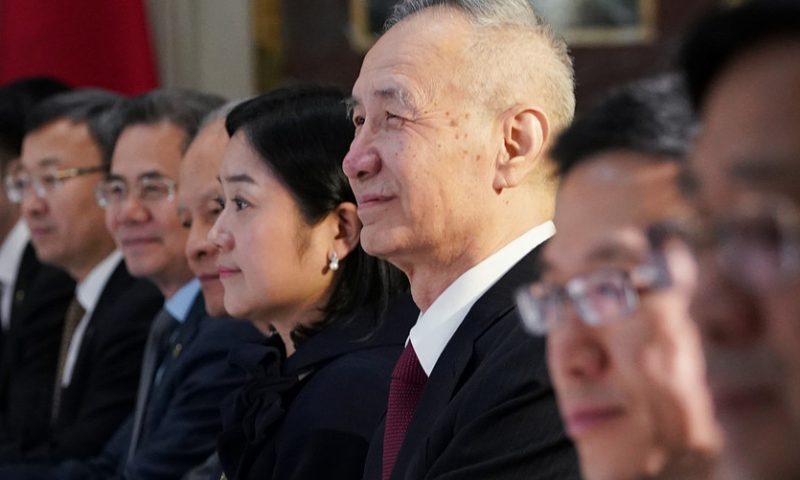 Ameritrade surges 20% on report of potential acquisition by Schwab

U.S. stocks closed modestly lower on Thursday after investors digested mixed headlines on the progress of trade negotiations, with reports saying that China had invited American negotiators to Beijing for face-to-face talks, even though the U.S. Congress passed a bill supporting protesters in Hong Kong late Wednesday.

Thursday marked the third consecutive losing session for both the Dow and S&P 500, while the Nasdaq closed lower for the second day in a row. The Dow is on pace to end the week down 0.9%, the S&P 0.5% and the Nasdaq is on track to retreat 0.4%.

Hopes for a U.S. – China trade deal were bolstered by reports China’s chief trade negotiator Liu He has invited his U.S. counterparts for more talks, The Wall Street Journal reported.

Separately, Liu voiced optimism over a phase-one trade deal at a dinner in Beijing, Bloomberg reported though Liu also said he was “confused” about trade demands by the U.S., but believes an agreement will be reached.

Losses for U.S. stocks Wednesday and weakness for Asian equities early Thursday came in part after Reuters reported that a first-step deal will be pushed into 2020. President Donald Trump had also countered with heightened demands on China.

U.S – China relations were also strained after both the U.S. Senate and House passed a Hong Kong human rights bill which may be signed by Trump Thursday. China regards the legislation as interference in its domestic politics.

“An escalation would certainly destabilize the outlook for the global economy, pushing the current trade skirmishes into a full scale trade war right up to sanctions,” noted Bill Blain of Shard Capital in London. But “the fact Alibaba chose Hong Kong over Shanghai for its successful secondary listing shows Hong Kong still has value as China’s financial centre and gateway – why risk alienating it further?”

“You can’t have a recession without job losses so the million dollar question is whether first time claims for jobless benefits will come back down over the next few weeks,” wrote Chris Rupkey, chief financial economist at MUFG.

Shares of Macy’s. M, -2.33% fell 2.3% after the department store chain missed sales estimates for the third quarter and lowered guidance for the full year. The company has come under pressure after reports that it had experienced a data breach this week.

Xerox’s XRX, +1.02% board threatened to go to HP Inc’s HPQ, -0.25% shareholders if the company does not reconsider its acquisition bid, Xerox said in a letter to HP directors late Thursday. Shares of Xerox closed up 1% and HP’s stock fell 0.3%.

Shares of General Motors GM, -1.73% edged lower after the automaker said it would recall more than 640,000 pickup trucks. The company’s stock fell 1.7%