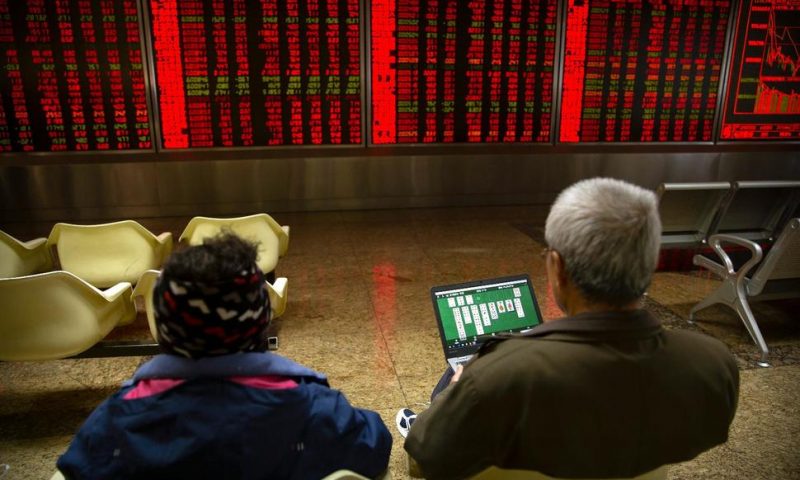 Global stock markets are up on hopes for progress in trade talks between the U.S. and China and on the back of strong economic data.

BEIJING — Global stock markets rose Monday on hopes for progress in trade talks between the United States and China and on the back of strong economic data.

London and Frankfurt opened higher while Shanghai, Hong Kong and Seoul also rose. Japanese markets were closed for a holiday.

Market sentiment was lifted by Friday’s U.S. jobs report, which was better than expected. That helped to dilute disappointment over a key manufacturing survey for the U.S., which fell for a third month.

The U.S. data were “the icing on the cake” after the Federal Reserve cut interest rates and the U.S. and Chinese governments issued “encouraging statements” about their tariff battle, said Craig Erlam of Oanda in a report.

“Of course, we’ve had plenty of warm words before that have delivered very little but things seem to finally be moving,” said Erlam.

On Wall Street, futures for the benchmark Standard & Poor’s 500 index and the Dow Jones Industrial Average rose 0.5%. On Friday, the S&P 500 hit an all-time high for the third time in a week.

Friday’s employment numbers helped to shore up investor faith that has been shaken by U.S.-China trade tension and Brexit.

The world’s largest economies have agreed to a truce in what President Donald Trump dubbed “phase one” of a trade deal. Envoys are negotiating the details, but economists caution major issues have yet to be decided.

Corporate earnings, meanwhile, have been slightly better than expected. Among the companies reporting on Monday are Uber. In London, shares in Ryanair were up almost 8% after it posted upbeat quarterly figures.

Shares in Under Armour Inc. were down a sharp 16% in premarket trading after the clothes maker said it is being investigated by federal authorities over its accounting practices. Shares in McDonald’s were down 2.7% after its CEO was forced out over a workplace relationship.

ENERGY: Benchmark U.S. crude rose 75 cents to $56.95 per barrel in electronic trading on the New York Mercantile Exchange. The contract jumped $2.22 on Friday. Brent crude, used to price international oils, gained 92 cents to $61.61 per barrel in London. It surged $2.07 the previous session.

US Sells Business Engagement With Asia as Trade War Drags On