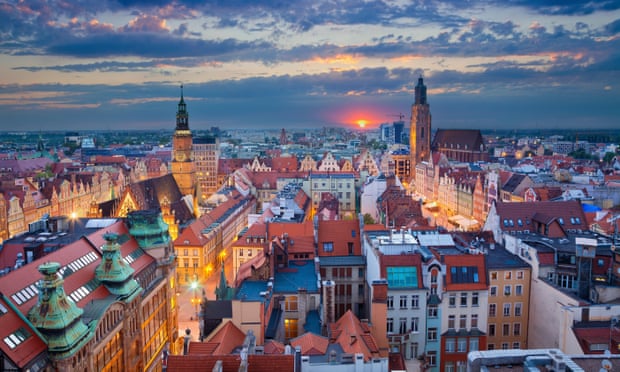 It is as common an occurrence on Polish Twitter as you are likely to get: a pair of conservative activists pouring scorn on the country’s divided liberal opposition.

“I burst out laughing!” writes Girl from Żoliborz, a self-described “traditionalist” commenting on a newspaper story about a former campaign adviser to Barack Obama and Emmanuel Macron coming to Warsaw to address a group of liberal activists.

“The opposition has nothing to offer. That’s why they use nonsense to pull the wool over people’s eyes,” replies Magda Rostocka, whose profile tells her almost 4,400 followers she is “left-handed with her heart on the right”.

In reality, neither woman existed. Both accounts were run by the paid employees of a small marketing company based in the city of Wrocław in southwest Poland.

But what the employee pretending to be Magda Rostocka did not know is that the colleague pretending to be Girl from Żoliborz was an undercover reporter who had infiltrated the company, giving rare insight into the means by which fake social media accounts are being used by private firms to influence unsuspecting voters and consumers.

Social media companies are coming under increasing pressure over fake accounts. Facebook has said it disabled 2.2bn fake accounts in the first three months of 2019, but the European Commission this week said there was a “disconnect” between such claims.

The undercover reporter, Katarzyna Pruszkiewicz, spent six months this year working at Cat@Net, which describes itself as an “ePR agency comprising specialists who build a positive image of companies, private individuals and public institutions – mostly in social media.”.

A member of the Reporters’ Foundation, a consortium of Polish investigative journalists, Pruszkiewicz’s first task when she joined the company was to set up a social media avatar for sharing “social and political content” with the aim of attracting 500 followers.

After a trial period, she was given access to the company’s internal communications channels, through which the company’s employees, each of whom ran a dozen or so social media accounts, would receive guidance and instructions from their managers – what issues to engage with, who to promote, and who to denigrate.

The accounts produced both leftwing and rightwing content, attracting attention, credibility and support from other social media users, who could then be rallied in support of the company’s clients.

“The aim is to build credibility with people from both sides of the political divide. Once you have won someone’s trust by reflecting their own views back at them, you are in a position to influence them,” said Wojciech Cieśla, who oversaw the investigation in collaboration with Investigate Europe, a consortium of European investigative reporters.

“Reading these communications, you can see how the leftwing and rightwing accounts would receive their daily instructions, how they would be marshalled and directed like two flanks of the same army on a battlefield.”

A majority of Cat@Net’s employees are understood to be disabled, allowing the company to derive substantial public subsidies from Poland’s National Disabled Rehabilitation Fund. According to the Reporters Foundation, the company has received about 1.5 million zloty (£300,000) from the fund since November 2015.

“Many of them are really good people – they are compassionate, they do charity work and engage in social activism in their spare time, but their disabilities mean that their employment opportunities are limited,” Pruszkiewicz told the Guardian. “For them it was just work and that’s it.”

One of Pruszkiewicz’s responsibilities was to operate anonymous accounts with instructions to promote content produced by TVP, Poland’s state broadcaster, which is widely reviled by critics for its extreme partisanship and hate speech directed against minority groups.

‘It would be great if you posted positive comments about the government’s subsidy for TVP and the television licence fee,’ read an email from her manager.

An internal report seen by the Guardian details how the fake accounts were used to denigrate legitimate criticism of the broadcaster. According to an analysis by ISD Global, a London-based thinktank that studies global trends in extremism and polarisation, Cat@Net accounts created up to 10,000 posts in defence of TVP, with a potential reach of 15 million views.

Another beneficiary of Cat@Net’s influence operations was a recently elected member of the Polish parliament for the leftwing Democratic Left Alliance party. Cat@Net’s leftwing accounts promoted the politician’s candidacy to the European Parliament in elections held in May this year, with at least 90 different accounts circulating and responding to his social media posts. The company’s rightwing accounts would then oppose the leftwing accounts, generating conflict and traffic, thereby drawing attention to the candidate.

“If [he] is followed only by our accounts, this is really suspicious,” wrote one employee during an internal discussion of the campaign.

Accounts were created that would concentrate on the aviation and defence industries, and target key decision-makers involved in the awarding of major government defence contracts.

The accounts were used to undermine public support for the Polish government’s decision to place a major order with the American contractor Lockheed Martin for the F-35 fighter jet, promoting instead the Eurofighter Typhoon produced by a consortium that includes Airbus, BAE Systems, and Leonardo – which has a Polish subsidiary, PZL Świdnik. Cat@Net employees were reminded by their managers that “the F-35 is our enemy number one” but “don’t be too pushy with the Eurofighter, otherwise they will know they are being trolled”.

It is unclear whether the organisations and individuals on whose behalf the fake accounts were lobbying were aware of Cat@Net’s practices. Internal documents suggest the company received most if not all of its commissions from an external PR company, which may have been outsourcing the influence operations without its clients’ knowledge.

PZL Świdnik said it “conducts its business activities in an ethical manner in all respects” and any supplier of services to it is required to comply with its code of ethics. It denied engaging in any wrongdoing regarding communications practices relating to disinformation, hate speech, or attempts to influence political decisions.

“The big question is how regulators everywhere are going to respond to the challenge posed by this kind of activity,” said Peter Pomerantsev, a London-based expert on disinformation and author of This Is Not Propaganda: Adventures in the War Against Reality.

“They might argue that none of the content that was shared was illegal – it wasn’t hate speech, it wasn’t inciting violence, it wasn’t war propaganda. But what it exposes is just how flimsy and ineffective our regulatory framework is, and how vulnerable we are to more dangerous actors using similar techniques.”

In a statement posted to its website, Cat@Net strongly denied it was a “troll farm”: “The company’s field of activity is the outsourcing of marketing operations to social media. We communicate accurate information, speak for our clients, and promote their products and services like any other agency of its kind.”

UK carmakers go ahead with shutdowns despite Brexit delay