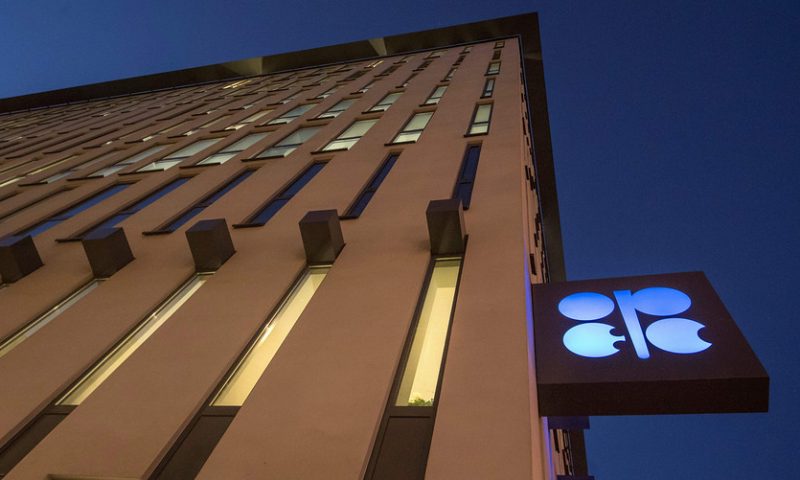 Oil rig count falls but U.S. output is still up in past year

Oil futures ended higher Friday, extending early gains after an unexpectedly robust U.S. jobs report for October and in the wake of another fall in the number of rigs drilling for crude.

Oil-field services firm Baker Hughes said the number of rigs drilling for crude dropped by 5 this week to 691, down 183 rigs from the same time last year, though U.S. production has still increased by nearly a million barrels per day in the past year.

News reports that China officials said they had reached a consensus in principle on trade with the U.S. also added fuel to the gains in early afternoon action, analysts said.

“We’ve been here before [on China] but it does seem like quite a different tone from yesterday,” said Phil Flynn, senior analyst at Price Futures Group, referring to a Thursday news report that Chinese officials were pessimistic about prospects for a long-term agreement with the U.S.

U.S. officials said negotiators had a “constructive” trade call and that discussions would continue.

Earlier gains came after the Labor Department said the U.S. economy created 128,000 new jobs in October, above economist’s estimates of a 75,000 gain, while the unemployment rate ticked higher to 3.6%, in line with expectations. The government also revised up the number of jobs created in August and September by a total of 95,000. Stronger economic data helped to soothe concerns over demand prospects for crude.

Analysts also attributed gains in crude prices in part to data Friday showing a rise in the Caixin China manufacturing purchasing managers index to a 32-month high of 51.7 last month from 51.4 in September. That’s in contrast to China’s official manufacturing PMI released on Thursday, which fell to an eight-month low of 49.3 in October.

Supply concerns were expected to continue to keep a lid on upside, with Reuters reporting that its survey found output by members of the Organization of the Petroleum Exporting Countries recovered in October from an eight-year low. The bounce was powered by a rapid recovery in production by Saudi Arabia following September attacks on its infrastructure.

Though the rebound “did not come as a surprise, given that Saudi Arabia was able to normalize its production again following the September outages, it nonetheless puts OPEC’s output approximately 1.4 million barrels per day above the IEA’s estimate of the call on OPEC for the first half of 2020, which highlights the need for production to be cut further,” said Carsten Fritsch, commodity analyst at Commerzbank, in a note.