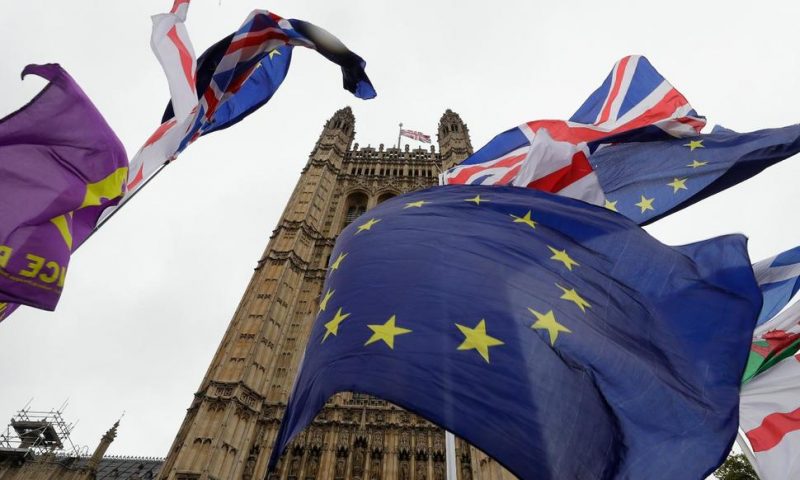 Without a deal in place as the October 31 deadline approaches, another delay looks more likely.

BRITISH LAWMAKERS rebuffed Prime Minister Boris Johnson in a crucial vote Tuesday, significantly increasing the odds that the U.K.’s departure from the European Union will be delayed for the third time.

It’s the latest stinging defeat for Johnson, who campaigned on delivering Brexit by the current Oct. 31 deadline and appeared poised to do so last week when he announced that his government had successfully renegotiated a divorce deal with the EU.

[ READ: Boris Johnson Threatens to Pull Brexit Bill, Call for an Election if Lawmakers Delay ]
But lawmakers on Tuesday narrowly voted down the government’s proposed schedule to push the Withdrawal Agreement Bill through Parliament in three days, a timetable many lawmakers viewed as rushed, given that the measure lays out the parameters for Brexit.

The vote essentially guarantees that an orderly Brexit will not happen by Halloween. As is required by a previously passed measure, the U.K. recently asked the EU for a three-month delay should there be no deal in place by Oct. 31. The EU would need to agree to such a postponement. Should the EU refuse to grant an extension to the deadline, the U.K. will crash out of the EU without a deal in place, a prospect both sides hope to avoid.

After the vote, Johnson yanked the Withdrawal Agreement Bill from consideration.

Earlier Tuesday, he said he would call for an election if his proposed schedule was defeated, but Johnson did not mention an election in his speech after the vote.

“I must express my disappointment that the house has again voted for delay, rather than a timetable that would have guaranteed that the UK would be in a position to leave the EU on 31 October with a deal,” Johnson said following the vote. “And we now face further uncertainty and the EU must make up their minds over how to answer parliament’s request for a delay.”

Jeremy Corbyn, leader of the opposition Labour Party, said the vote represented a refusal by lawmakers to “be bounced into debating a hugely significant piece of legislation in just two days with barely any notice and analysis of the economic impact of this bill.”

Corbyn appealed to the prime minister to work with the opposition to develop a “reasonable timetable “for debate and votes on the measure.”

US Highway Deaths Fall in 2018 for Second Straight Year