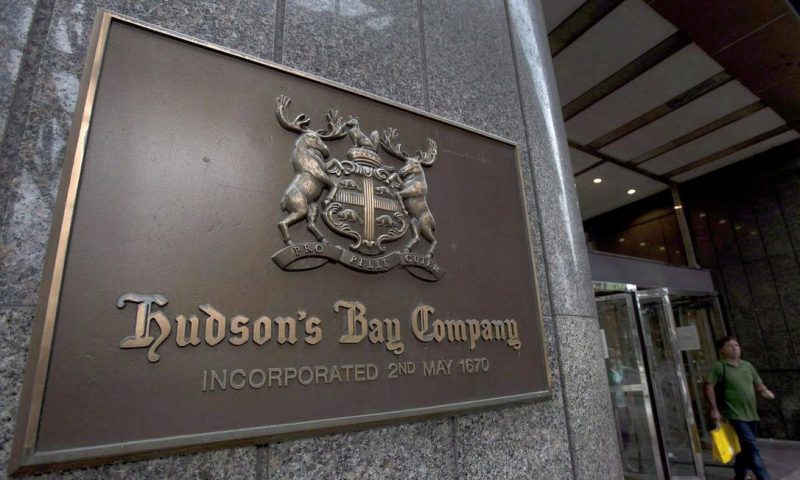 October 21 was a positive day for Hudson’s Bay Company (HBC:CA) as its stock finished the day having gained 6.14% to hit a price of $10.03 a share. The company reached a market cap of 1.85 billion and has 184.38 million shares outstanding. Hudson’s Bay Company is a component of the the S&P/TSX Composite Index.

2.95 million shares changed hands over the course of the day as compared to an average volume of n/a over the last 30 days for Hudson’s Bay Company.

Hudson’s Bay Co, or HBC, is a Canadian retail business group. The company operates department stores throughout Canada, Belgium, Germany, and the United States under various banners. These banners include Saks Fifth Avenue, Hudson’s Bay, Lord & Taylor, and Off 5th in North America and Galeria Kaufhof, Galeria Inno, and Sportarena in Europe. HBC also has investments in real estate joint ventures. In Canada, it has partnered with RioCan Real Estate Investment Trust in the RioCan-HBC joint venture. It has partnered with Simon Property Group in the HBS Global Properties joint venture, which owns properties in the United States and Germany.. The company makes its home in Toronto, ON, and is currently under the leadership of CEO Helena B. Foulkes.