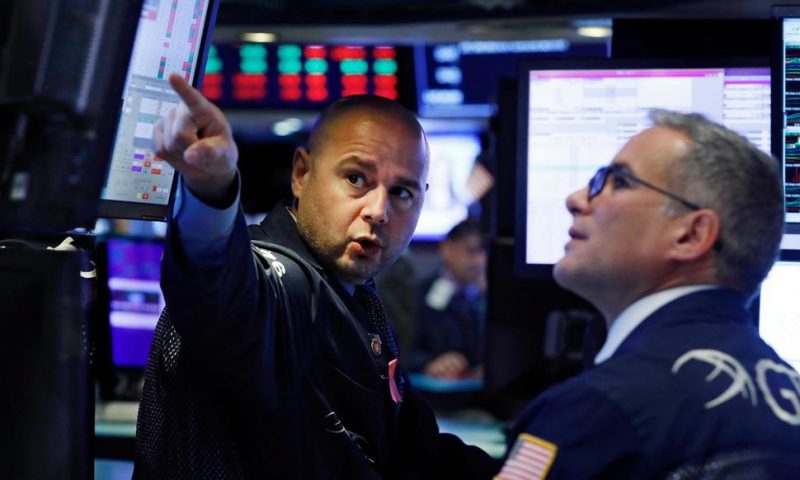 Stocks capped a wobbly day of trading on Wall Street with modest losses Monday, a shaky start to the week for the market after its first weekly gain in a month.

Stocks capped a wobbly day of trading on Wall Street with modest losses Monday, a shaky start to the week for the market after its first weekly gain in a month.

Trading was choppy for most of the day. Stocks had rallied Friday as investors welcomed signs of progress in the latest round of trade negotiations between the U.S. and China, but some of that enthusiasm had faded by Monday morning.

Washington and Beijing agreed to a truce Friday. The U.S. agreed to suspend a planned hike in tariffs on $250 billion of Chinese goods that had been set to kick in Tuesday. Beijing, meanwhile, agreed to buy $40 billion to $50 billion in U.S. farm products.

The U.S. did not, however, cancel plans for more tariffs in December and the sticking points of intellectual property and trade secrets still hang over the dispute. And the overall picture hasn’t changed for companies, which are still holding off on forecasts and investments because of the uncertain trade situation.

“We kind of peeled back the layers and said, ‘Hey, was this really a significant trade deal, or was it just a little bit of window dressing to make everybody feel like there was actually a trade deal?'” said Karyn Cavanaugh, senior markets strategist at Voya Investment Management. “The market is digesting that.”

Bond markets and the U.S. government were closed for the Columbus Day holiday.

The modest pullback followed last week’s market rally, when the S&P 500 and the Dow had their first gains in four weeks.

Investors are looking ahead to the start of the third-quarter earnings season, with companies beginning to report results over the next few weeks.

Investors will be watching for information on income from loans as banks contend with sinking bond yields. Falling yields force banks to set lower rates on mortgages and other kinds of loans.

Expectations for S&P 500 companies’ third-quarter results are generally low, with analysts forecasting a drop of 4.2% from a year ago. The results, plus what CEOs say about their spending and revenue forecasts, should give a better picture of the economy’s potential direction.

“The market is a little bit nervous about earnings because there are some estimates out there that say there’s going to be negative growth,” Cavanaugh said, noting she expects overall earnings for the July-September quarter to show growth from a year ago.