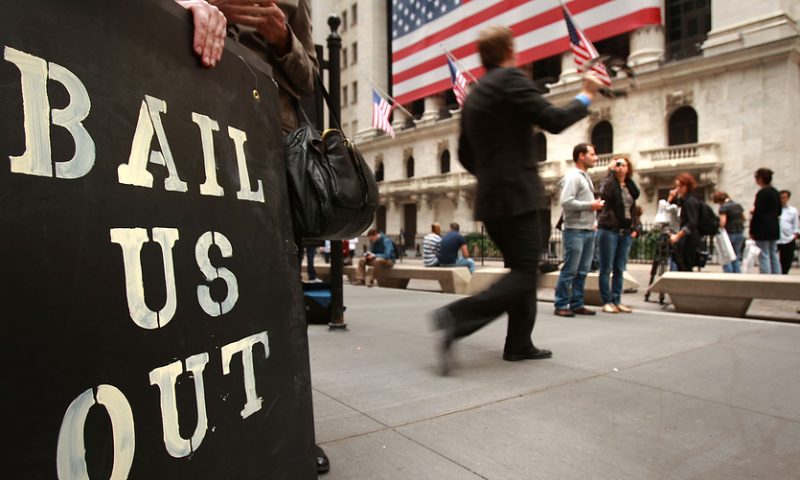 Two economists crunched the numbers on more than 70,000 lower-income households

Financial advisers have long recommended that people keep up to six months’ worth of emergency savings in case of an unexpected medical bill or job loss. They crunched the numbers on more than 70,000 lower-income households, and they’ve come up with what may be the magic number for emergency savings accounts: $2,467.

“[O]nce you have at least $2,467 stored away for a rainy day, your probability of experiencing hardship in the next six months is low, and saving an additional dollar doesn’t seem to help reduce that probability very much,” Gallagher told MarketWatch.

Any lower than that may reveal other financial issues. “When you have less than $2,467 stored away (say, you only have $500), your probability of near-term hardship is relatively high, and each additional dollar you save is associated with a much lower likelihood of hardship.”

Of course, $2,500 does not protect you from all risks, but that once you’ve hit that figure, each additional dollar offers rapidly diminishing returns based on the statistical likelihood of you needing it. That sum, she added, was equal to about one month’s salary for people in their sample.

Gallagher and Sabat reached this number by crunching data from the 2009-2011 U.S. Census’ Survey of Income and Program Participation. They looked at 70,274 households that had incomes below 200% of the poverty level. The survey coincided with the Great Recession, and its aftermath.

The median household savings in the group was just $70. A quarter had no savings at all. And just over a third reported experiencing hardship, defined as skipping medicine, not being able to pay utility bills or rent, or cutting back on food due to a cash crunch.

The standard “rule of thumb” which says you need three to six months’ expenses in ready savings has an unknown provenance, many financial experts admit. It has evolved as conventional wisdom and is taught in financial planning training.

Sabat and Gallagher’s analysis finds that shortfalls of less than $2,500 are much more common than those that exceed it. The financial-advice industry generally warns that such savings accounts are a poor long-term investment compared with stocks, at least for those who can afford to save more.

For many people, of course, this debate is academic as inflation-adjusted wages remain broadly stagnant and the cost of living rises. The new research argues that if you have no savings at all, you should try to build them up to around $2,500 rather than worrying about going higher.