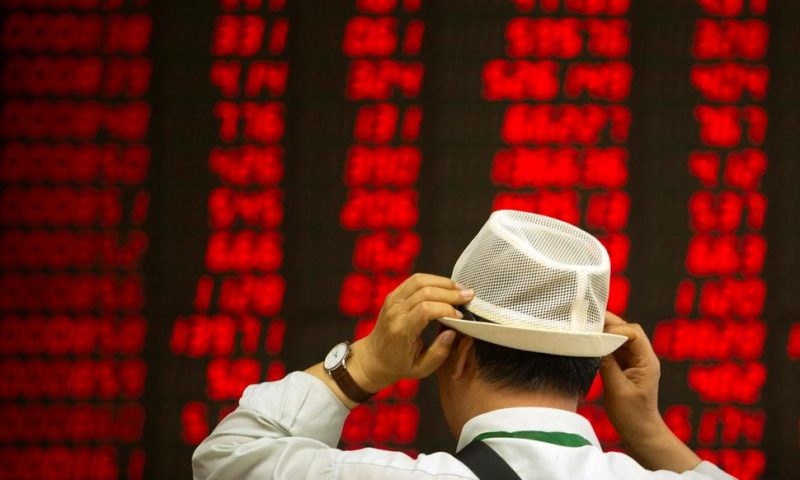 London and Frankfurt declined while Shanghai and Hong Kong gained. Japanese markets were closed for a holiday.

President Donald Trump agreed Friday to put off planned tariff hikes this week on Chinese goods in a fight over Beijing’s trade surplus and technology plans. In exchange, he said China would buy American farm goods. But the two sides reported no progress on basic disputes that sparked the 15-month-old fight that threatens global economic growth.

“Longer-term concerns remain that the trade war may widen from tariffs towards impeding investment flows,” they said. The truce “could also see the Trump administration turning its tariff war towards the Eurozone.”

“It can be argued that the gains in global stocks were disproportionate to the (U.S.-Chinese) compromise that was reached and European stocks are duly pushing lower this morning,” said Rabobank in a report.

Also Monday, China reported exports to the United States fell 17.8% in September from a year earlier to $36.5 billion. Imports of American goods sank 20.6% to $10.6 billion.

On Friday, the S&P 500 ended with its first weekly gain in four weeks.