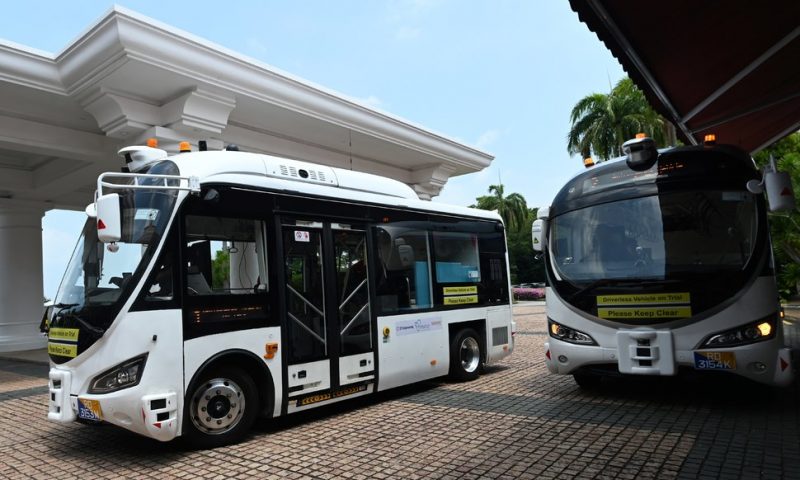 The annual World Economic Forum survey says economies must train workers to prepare for changes that technology is bringing to the workforce.

Singapore overtook the United States as the world’s most competitive economy, according to a ranking released this week that warns of a fast-approaching international economic tipping point stemming from a widening gap in competitiveness between economies.

The annual Global Competitiveness Report, produced by the World Economic Forum, also urges governments to better plan for the consequences of technological integration, including adopting social policies that support their citizens for the so-called Fourth Industrial Revolution brought about by automation that will eliminate some traditional jobs.

Singapore registered a score of 84.8 out of a possible 100, while the U.S. received a score of 83.7. Singapore had top marks for its infrastructure, labor market, financial system and health care. The U.S., the report notes, remains “an innovation powerhouse,” ranking first for business dynamism, first for skilled workers and second for innovation capability.

Hong Kong, a semi-autonomous territory belonging to China, finished third, while the Netherlands and Switzerland completed the top five positions. Among other notable findings in the study:

As for adopting technology, the report singles out countries such as South Korea, Japan and France for possessing strong capabilities to innovate, and Brazil, China and India for increasing their economies’ capabilities. But all of those countries must improve the talent base in their labor forces.

The report lists just four countries belonging to the Group of 20 leading wealthy and developing nations that are among the top 20 economies whose legal frameworks are adapting to digital business models: the U.S., Germany, Saudi Arabia and the United Kingdom.

The index also stressed that the quality of an economy’s education is essential for nations to compete. The authors stressed the need to foster adaptability among workers so as to work in labor markets changing because of technology.

“Talent adaptability also requires a well-functioning labor market that protects workers, not jobs,” the authors write. “Advanced economies such as South Korea, Italy, France and, to some extent, Japan need to develop their skills base and tackle rigidities in their labor markets.”

Brexit Negotiators Set to Work Through the Weekend