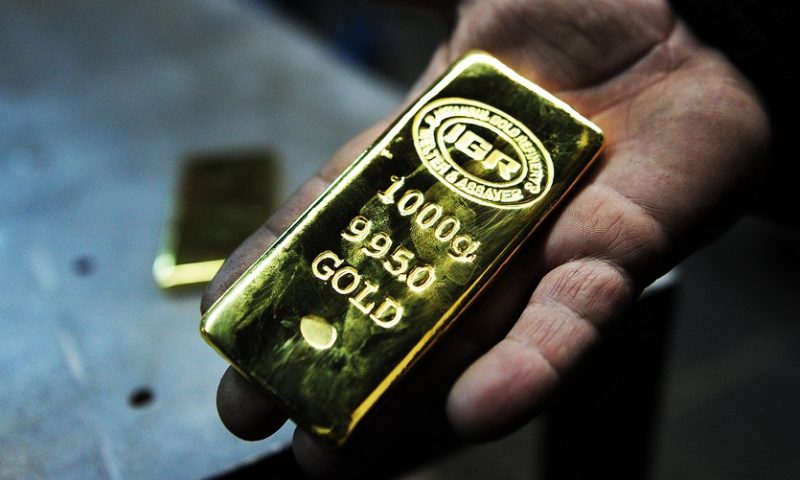 Gold futures held their ground above the key $1,500 mark by Thursday’s settlement, but posted their lowest finish in more than a week after President Donald Trump said he plans to meet with Chinese Vice Premier Lui He on Friday as the world economic powers hold their first day of talks in Washington, D.C.

“Big day of negotiations with China. They want to make a deal, but do I? I will meet with the Vice Premier tomorrow at The White House,” said Trump in a tweet.

“Gold prices have been hit hard after the breaking news that Trump is going to meet [the] Chinese vice premier,” said Naeem Aslam, chief market analyst at ThinkMarkets. “Basically, this has increased the odds of a better deal taking place and this is exactly what investors have hoped.” The news buoyed benchmark U.S. stock indexes and dulled demand for haven gold.

Markets have been bouncing around as U.S.-China trade negotiations get under way in earnest on Thursday. A number of conflicting reports over the likelihood of a deal had knocked stocks and gold prices around.

“Conflicting reports may continue to spark market swings over the next couple of days,” Colin Cieszynski, chief market strategist at SIA Wealth Management, told MarketWatch. “Any deal, even if a partial one, an extension of talks, or signs that the trade war is no longer escalating could be seen as a positive by investors, while any signs that talks may be cut short or derailed could be seen as negative by investors.”

Some reports suggested lower-level talks earlier this week had made no headway on critical issues, and that the Chinese delegation’s visit was cut short. However, Bloomberg News reported that the White House could put in place a currency pact and suspend tariff increases that are set to take effect Oct. 15.

“Chinese and U.S. politicians cannot agree on terms of mutual trade. Periods of high market volatility increase the demand for gold as a protective asset. However, it would be too simplistic to believe that gold will grow until the parties finally agree,” said Alex Kuptsikevich, financial analyst at FxPro, in a Thursday research note.

On the data front, the consumer-price index was unchanged in September, the government said Thursday, marking the smallest change since January. Economists polled by MarketWatch had forecast a 0.1% advance. And jobless claims for the week held near a 50-year low, with initial jobless claims, a rough way to measure layoffs, declining by 10,000 to 210,000 in the seven days ended Oct. 5, the government said Thursday.

The gains for platinum and palladium followed news that South African platinum group metals mining output in August dropped by 12.5% versus year ago levels, according to analysts at Zaner Metals, in a daily report.

Roku stock has quadrupled this year – but RBC sees 30% upside