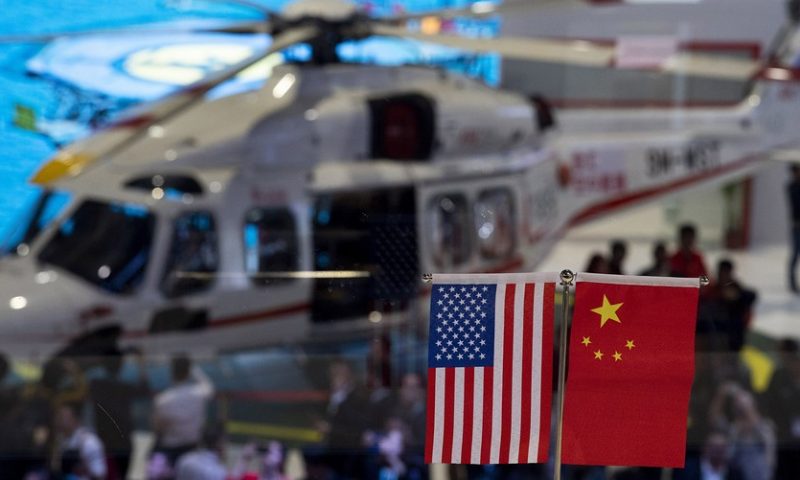 U.S. stocks advanced Thursday for a second straight day after President Donald Trump said he would meet China’s chief trade negotiator at the White House, again raising hopes for progress from two days of talks in Washington in an effort to resolve the two-year-old trade war.

Trump tweeted that he would meet Chinese Vice Premier Liu He on Friday to advance a trade deal, bolstering hopes that the U.S. was looking to strike a resolution soon.

Liu is meeting with U.S. Trade Representative Robert Lighthizer and U.S. Treasury Secretary Steven Mnuchin in Washington, with the hope that the parties can resolve, at least partially, tensions over trade that have stoked anxieties on Wall Street, though it is unclear if a substantive agreement can be achieved.

If Trump’s meeting with Liu takes place, it could assuage concerns among market participants who were whipsawed by conflicting overnight headlines on Thursday, including reports from the South China Morning Post suggesting that the China delegation would leave Washington on Thursday, a day earlier than had been planned. However, a White House spokesperson later told CNBC that no change of plans had occurred with Beijing’s representatives.

Bloomberg News reported that the White House may implement a previously agreed upon currency deal with China ahead of schedule, and suspend tariff hikes to 30% from 25% scheduled to take effect Oct. 15 on some $250 billion in Chinese products. Those moves would be part of a first-phase agreement with China, the report said, with negotiations on critical issues such as intellectual-property rights and forced technology transfers coming at a later time.

“If Trump and Liu He do meet, it’s clearly a positive to the market,” said Quincy Krosby, chief market strategist at Prudential Financial. “At this point, the market would be satisfied with the continuation of talks as long as tariffs do not increase next week. But we’ve had dress rehearsals for this where the meetings don’t take place.”

“Last night’s headlines was reminiscent of the chaos around the Chinese delegation canceling their visit to farms in the heartland. Like then, we had different explanations for that,” said Krosby.

Investors also saw some comfort in commentary from Dallas Fed President Robert Kaplan, who said he’s open-minded on the outlook for further rate cuts. The central bank has already cut its benchmark interest rate by a half percentage point this year.

PG&E Corp.’s stock PCG, +11.87%  plunged 29.1% after a judge ruled to allow for a competitive bankruptcy plan, opening up the path for Elliott Management Group and other bondholders to push for their own chapter 11 plan. Their proposal would involve raising new money and using most of PG&E’s equity to pay off the utility firm’s debts. The utility also faced intense criticism over pre-emptive power cuts in Northern California, where more than 1.5 million people were without power Thursday.

Kroger Co.’s stock KR, +1.89% retreated 2.8% after a Jefferies analyst called the grocer’s tech investment into Ocado a “misstep,” downgrading the company to hold from buy.

Shares of Bed Bath & Beyond Inc. BBBY, +5.09%  rallied 21.6% after it announced that former Target Corp. TGT, +1.46%  head of merchandise Mark Tritton will take over as chief executive officer.

How did other assets trade?