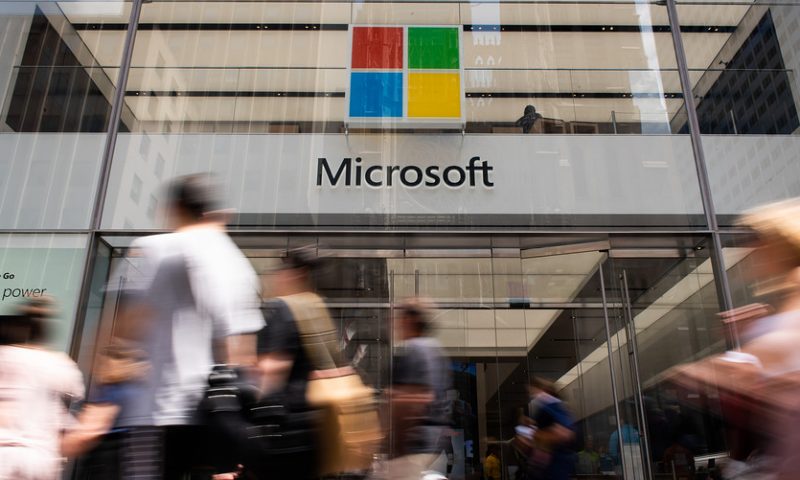 Sky-high valuations for software stocks necessitate a more defensive view of the industry, according to Jefferies analyst Brent Thill, and Microsoft Corp. shares look like the “safest” bet.

He assumed coverage of the software industry late on Monday, upgrading Microsoft’s stock to buy from hold while moving to the sidelines on several other names, including Oracle Corp. ORCL, -1.37%

Microsoft MSFT, -1.06% seems like a smart way to play software due to its diversified business makeup and clear visibility into double-digit revenue growth going forward, Thill wrote. He sees numerous growth drivers for Microsoft, including its Azure, Office, and LinkedIn businesses, which give the company the “greatest exposure to [software-as-a-service] revenue among any of the major public cloud players.”

Thill was less upbeat on Oracle, moving Jefferies’ rating on the stock down to hold from buy amid growth struggles on the top line and his projection that the company will have trouble accelerating growth in a meaningful fashion going forward.

“Oracle continues to lag peers in the public cloud; its infrastructure-as-a-service offering has had limited uptake among new and existing customers,” Thill wrote. “Although the autonomous database on [Oracle Cloud Infrastructure] is a step in the right direction, we believe the gap to AWS and Azure might be too significant to narrow (with [Google Cloud Platform] likely to become a worthy contender as well).”

Oracle shares are off 1.5% in Tuesday trading. The company confirmed Tuesday that it was planning to hire about 2,000 employees as it builds out its cloud-infrastructure unit.

Thill also downgraded shares of Carbonite Inc. CARB, -6.50% and Check Point Software Technologies Ltd. CHKP, -1.37% , citing the potential for execution risk with both names. Carbonite has missed revenue forecasts in three of the last four quarters and doesn’t have a “confidence-inspiring” outlook ahead, according to Thill. He doubts Check Point’s stock will appreciate significantly unless the company can deliver a “significant catalyst” that can drive revenue growth above single digits.

Carbonite’s stock is down nearly 4% in Tuesday trading, while Check Point’s has fallen 1.8%.

Asian markets retreat as trade tensions ratchet back up